How I Managed to Get Eleven People to Travel to Colombia 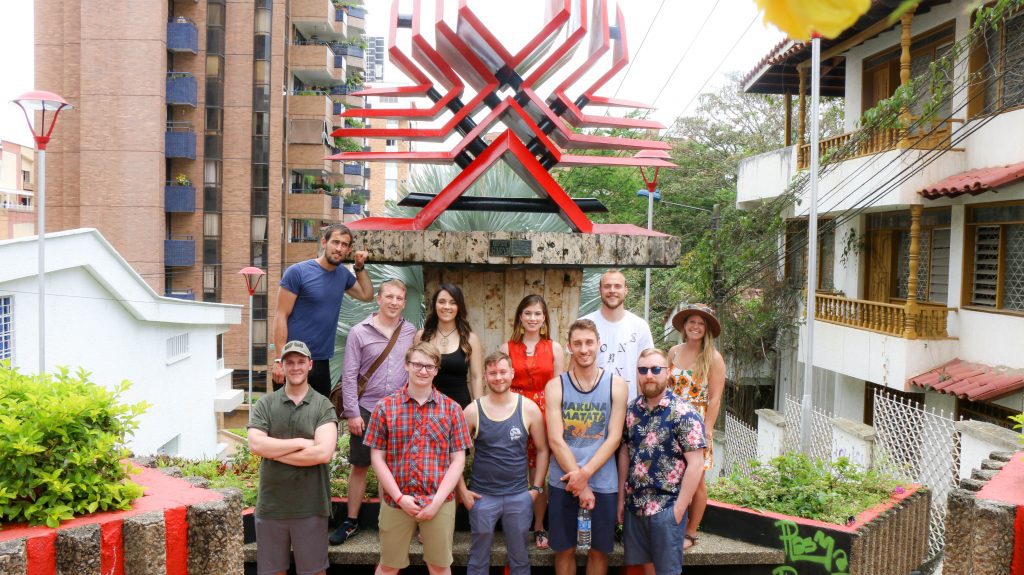 If you ask me how I managed to get eleven people to travel to Colombia, I don’t have an answer.

Rewind a few months. I’m sitting in a local rock climbing gym with my friend, Max. We’re both at transition points in our lives. He needs an adventure, I say something like

“Tell me where you want to go and I’ll make it happen.”

Right away we brainstorm. He’s a college student and I’m in no place to spend a fortune on travel. We agreed the location needs to be affordable, adventurous, and rejuvenating. Our goal at the initial planning point was to get six people to commit to the trip, and I expected to struggle attempting to fill those six slots. 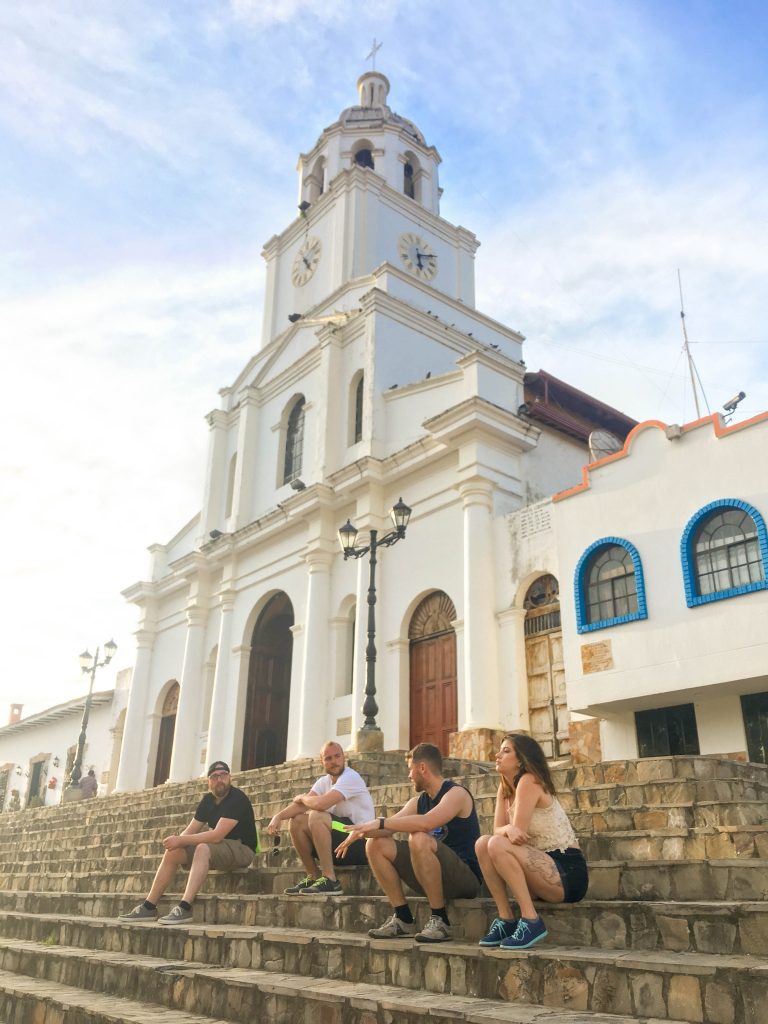 Our first instinct is a tropical island, perhaps in the Caribbean. After a while, I bring up the possibility of Colombia. The country has weighed on my mind for quite some time. Although Pablo Escobar has been gone for decades, his legacy (and the legacy of FARC Colombia) has tainted the country’s tourism for years.

After a few weeks of researching AirBnb’s, flights, cost of living, etc. for a variety of destinations, we came down to two final places: 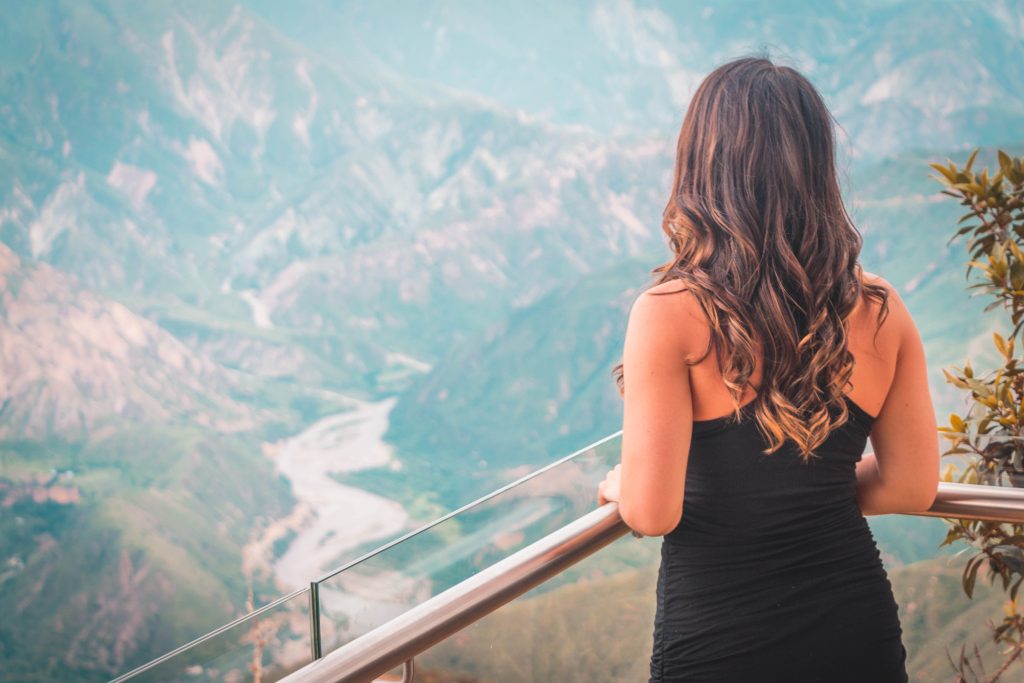 Why did we ultimately choose Colombia? It was cheaper and the USD goes very far in the country, not to mention it's vastly untamed. Turks and Caicos has nice beaches, and we would be staying in a decent Airbnb right on the water, but it lacked anything awe-inspiring. If there was one place to experience your first international adventure (which it was for most on the trip), why not make it a place that is completely unique? A place no one you know has ever been.

So we chose Colombia. 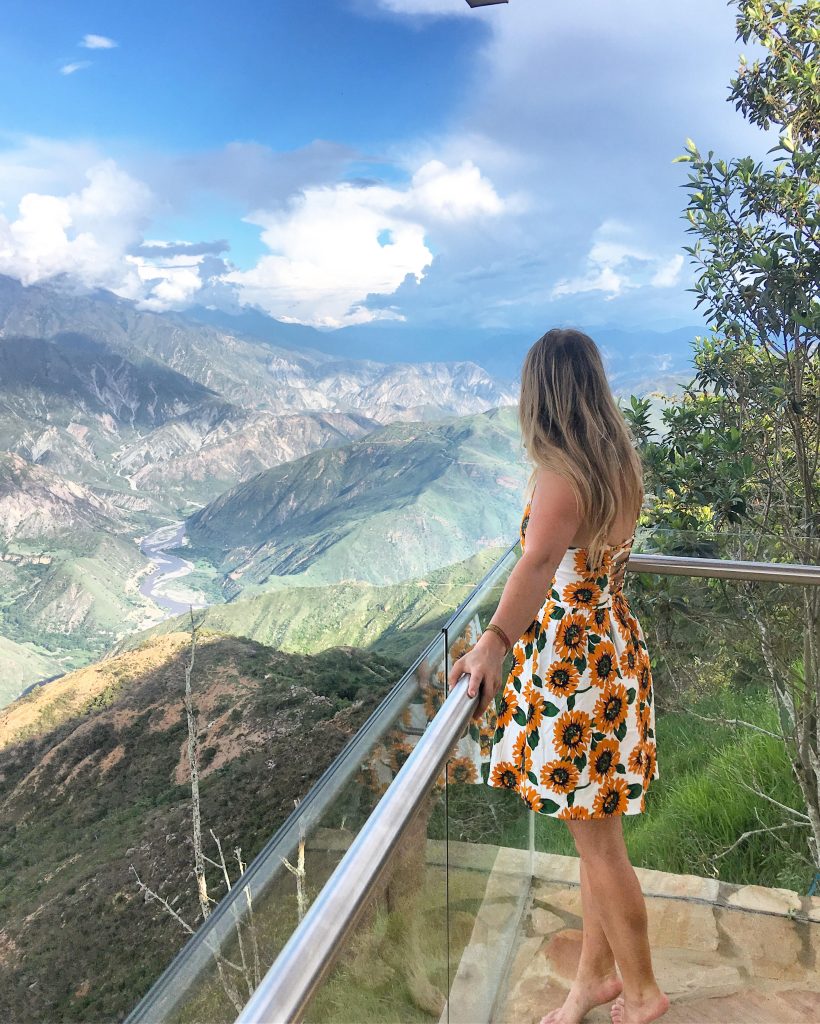 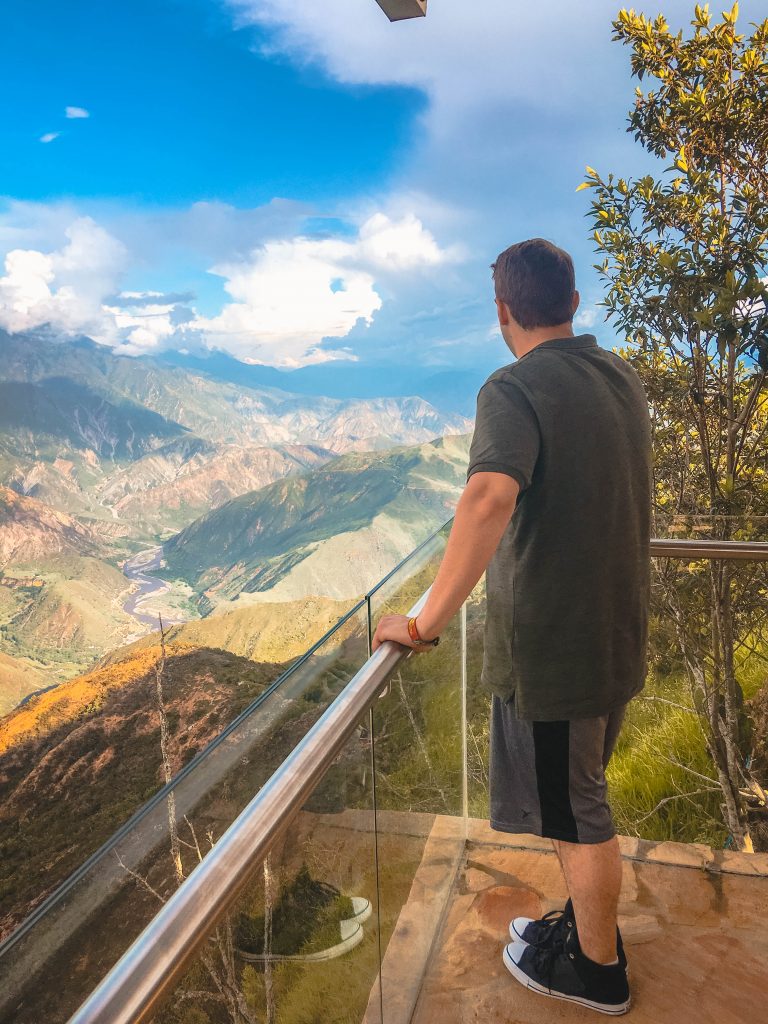 And we didn't choose Bogota, Medillan, or Cartanaga. Instead, we veered to the east, near the border of Venezuela.

We were starting our journey in the city of Bucaramanga. I found a total of zero blog posts or online information on things to do in the city. However, it was supposed to be the adventure capital of Colombia.

The house we were renting had no exact address, and we had no idea our plan of getting there. But somehow, people trusted in the plan and trusted in me. Before I knew it there were eleven people committed to the trip. Flights booked and all.

No one knew everyone. Some people knew no one. Past friends had invited friends, others had just jumped on the plan. It didn’t matter, because soon enough we were bonding through an adventure which had not yet happened. 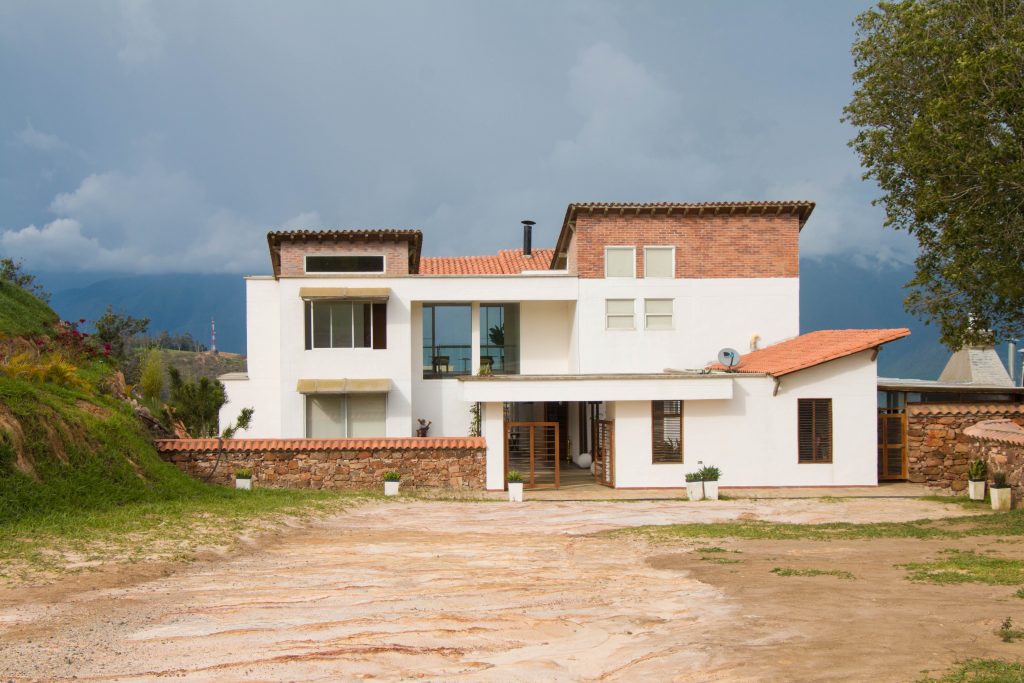 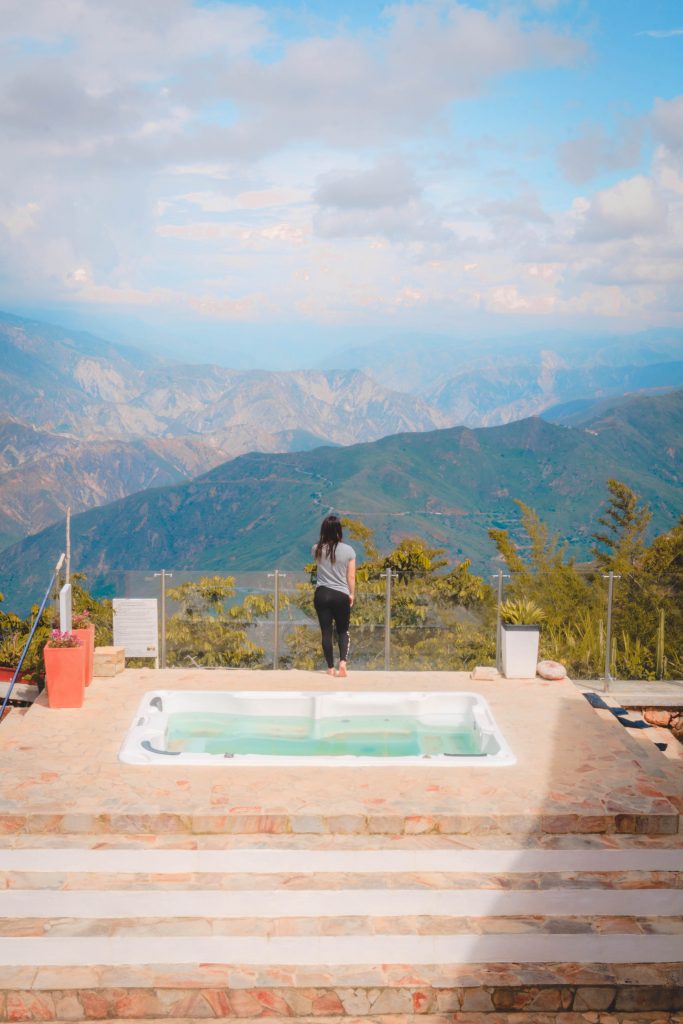 And then, we all flew to Colombia

We all met in Bucaramanga at FIKE Hostel, one of the only hostels in Bucaramanga. The eleven of us nearly booked out the entire place. There was one other person staying in the hostel besides our group.

I’ll be quite honest, when we first walked out onto the streets of Bucaramanga I was intimidated. Eleven westerners on a city street in Colombia seems like a perfect target for anything. Everywhere we went we turned heads, but soon I felt anything but intimidated. I felt happy that we were there. Many times we were asked if we were from the United States, then greeted with smiles and “gracias” for visiting the country.

No one we met knew English and only three people in our crew spoke slight Spanish. For at least half of the group, this was their first time outside of North America. It was incredible. It was a grand adventure. 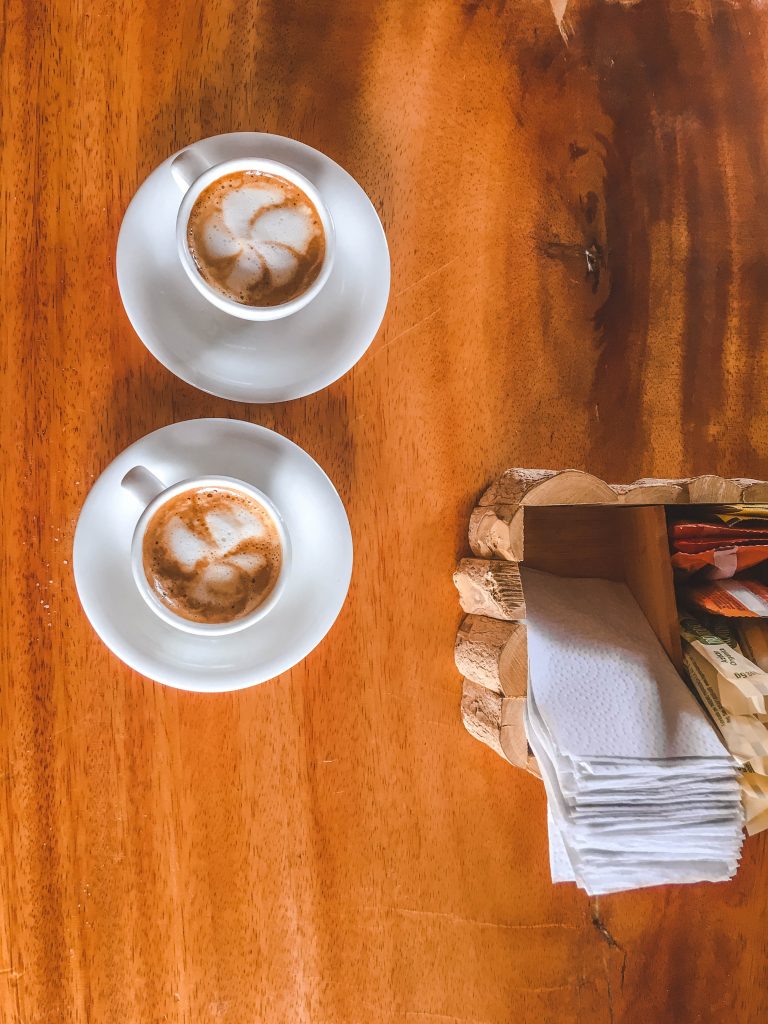 By morning we still hadn’t settled on a proper way to get to the House in the Air, our home for the rest of the stay. It sleeps seventeen, sits on the edge of an 800ft cliff, and looks 4000ft down into the depths of Chicamocha National Park. In the U.S. a place of this magnitude would easily run $1000 USD/night. Here, it was $140. So take the $140 and divide by eleven. Add on the cleaning and fees, and the total for the house came to $90/person for the entire stay.

We set out to the house. No one wanted to drive in Colombia and we still had no address (many places still don’t have exact addresses outside the city), only vague directions translated from Spanish and a Google marker on a preloaded map. 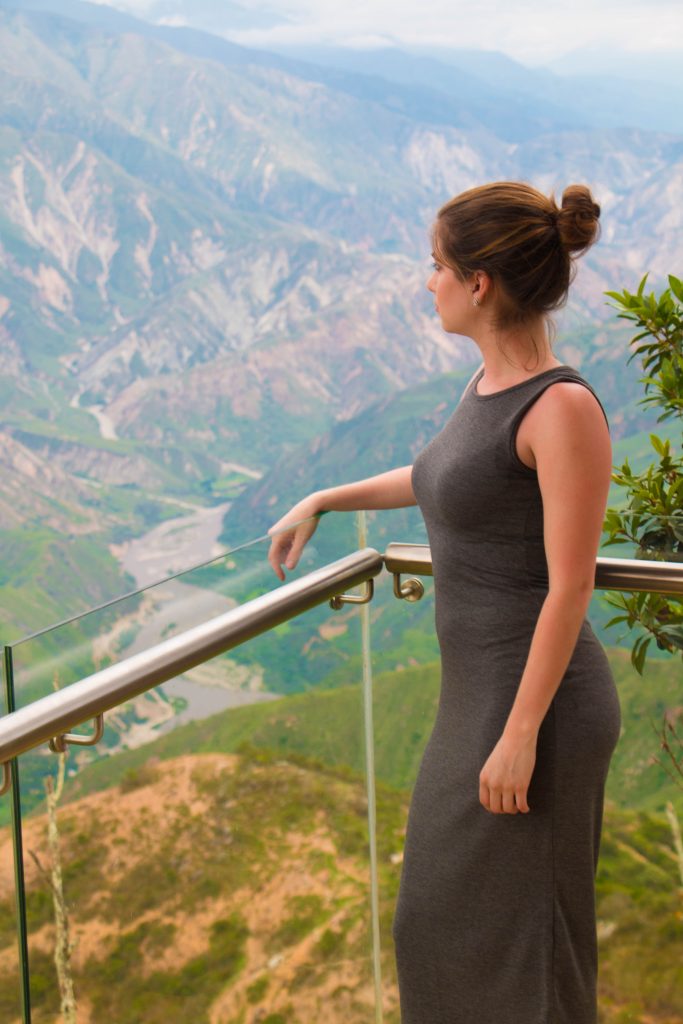 Three taxis took us high into the mountains, up through roads half covered in mudslides. The two hour trip of curves and extreme driving gave our stomach quite the ride. One taxi got lost and went two extra hours out of the way. Eventually, we turned down an unmarked dirt road, veering down steep curves on the edge of muddy cliffs. After the last turn, we were met by a large gate and the oasis both our churning stomachs and we had been itching to see was there in front of us. It was our House in the Air.

I walked straight through the main entryway and out to the balcony. The view was better than what I had imagined. We were met by an outstanding hospitality team who catered our entire stay. We could hire a private chef for 50,000 pesos a day (roughly $17 USD) and get beer delivered. Ruben, our main host who owned the neighboring farm,  gave us rides to town in the back of his truck and started fires for us at night in our woodstove. If we needed something, he would run and grab it for us. We paid them for everything they did.

At times I felt guilty for staying in such a beautiful place in a country where over 40% of the population lives in poverty. But then I realized how happy I was to be there. A place far from any regular tourist destinations and our group of eleven brought important business and money into the small community. 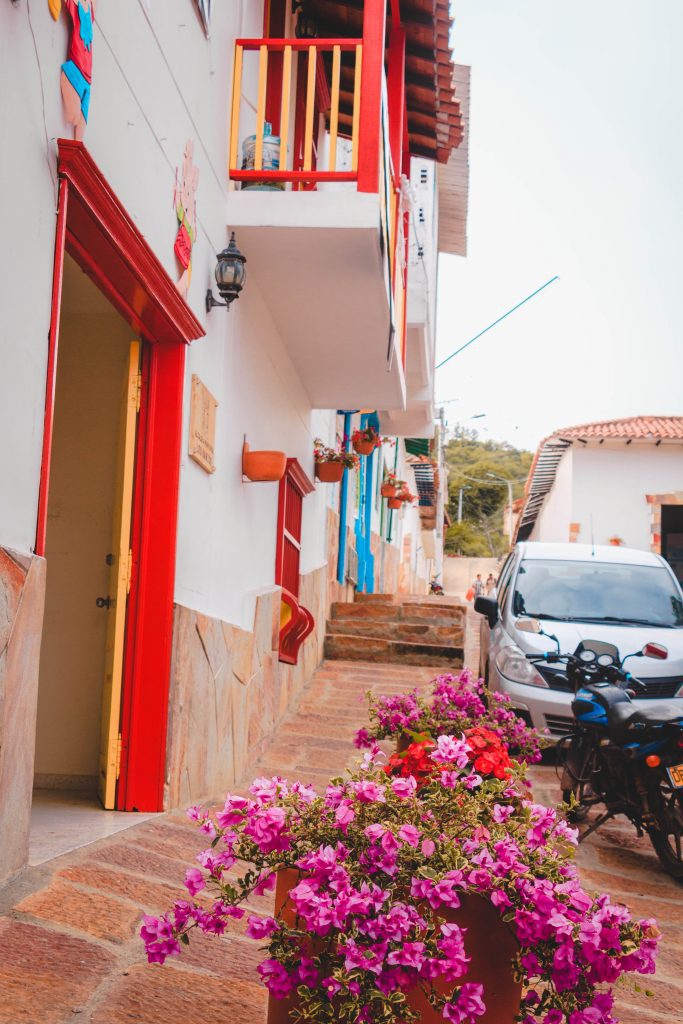 One day we hopped in Ruben’s truck and he took us to a nearby bus stop. We then rode the bus forty minutes into the closest town of Los Santos. The tiny Colombian town sits on the edge of a thousand-foot cliff. A towering waterfall can be seen across the valley and reminds me of the one in the movie "Up".

Shortly after arriving we ventured to a restaurant where there was no menu, only two options of chicken or beef. The inside was small and cozy. A small bedroom was set up just off of the dining area. A stray dog followed us in and sat at our feet.

We ordered seven plates, had three bowls of soup, and three pitchers of pineapple juice. Our total bill came to $22. When we motioned the owner to keep the change, she jumped up and down while showing her friend the money. We left more money on the table.

We spent our days sipping coffee overlooking the valley and playing intense games of bingo. One day we ventured to Chicamocha National Park. When we arrived at the entrance, thick fog loomed and we were the only visitors in sight. We bought tickets for the gondola, which took us 4000ft down into the valley and back up to the main park on the other side. When we shot down over the cliff, the fog vanished and the valley floor opened below. Some of the group went paragliding, some did extreme swings which shot over the canyon cliff. 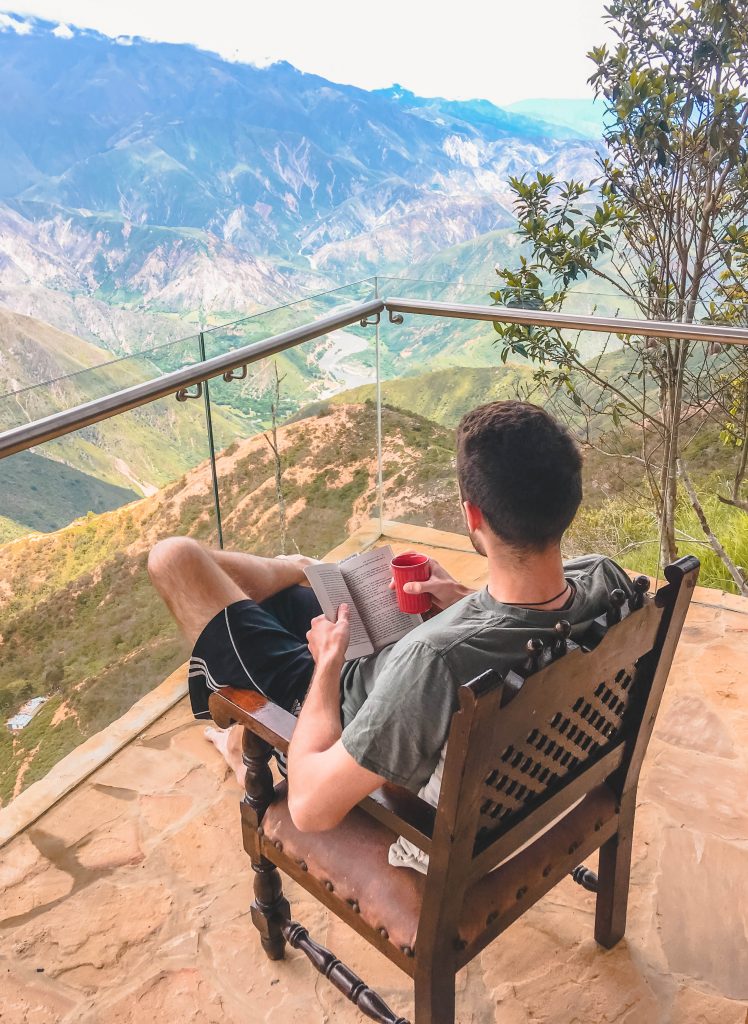 If this exact park was in the United States, it would be crowded with millions of visitors per year. Here, there were maybe thirty other people in the entire national park. In the main section, a water park sits on the edge of a cliff. There were twenty other people in the waterpark with us. Give it twenty years and this place will be featured around the world. We were lucky to experience it before it becomes the next Yosemite. 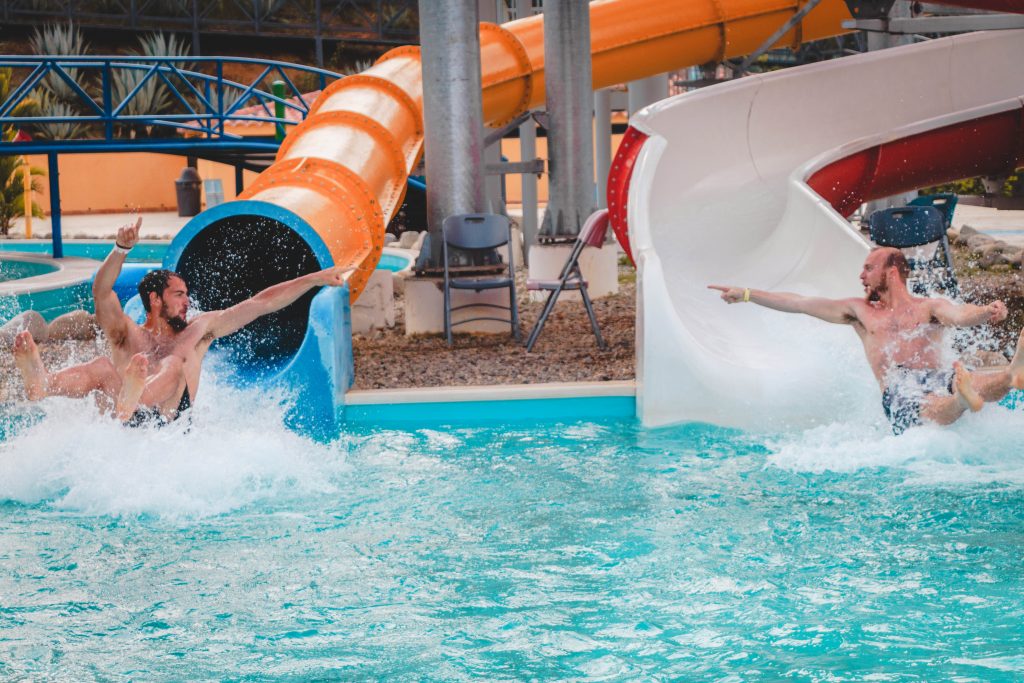 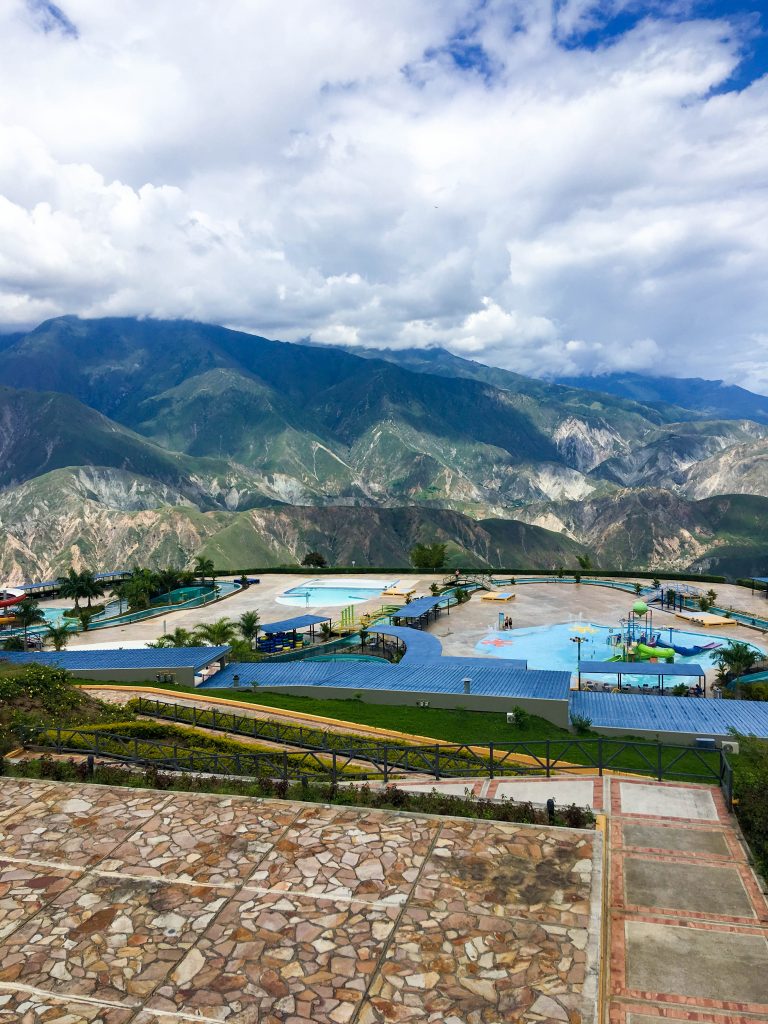 Throughout the stay, we were always finding new intriguing bugs and animals and soon learned Colombia is home to 10% of the world's species.

If you consider the world and the number of things that live in it, that is a staggering statistic. But after traveling there I am less than surprised. Unlike in the Midwest, where I grew up, you definitely cannot run around the woods barefoot here. A short walk in the grass quickly turns into stinging bites from ants or other crawling creatures. Bullet Ants and Armadillo Wasps, which create the two most painful stings in the world, are both found throughout the country. We found an Armadillo Wasp nest a short walk from our house. Entomologist Justin Schmidt says the sting is "like being chained in the active flow of a volcano". 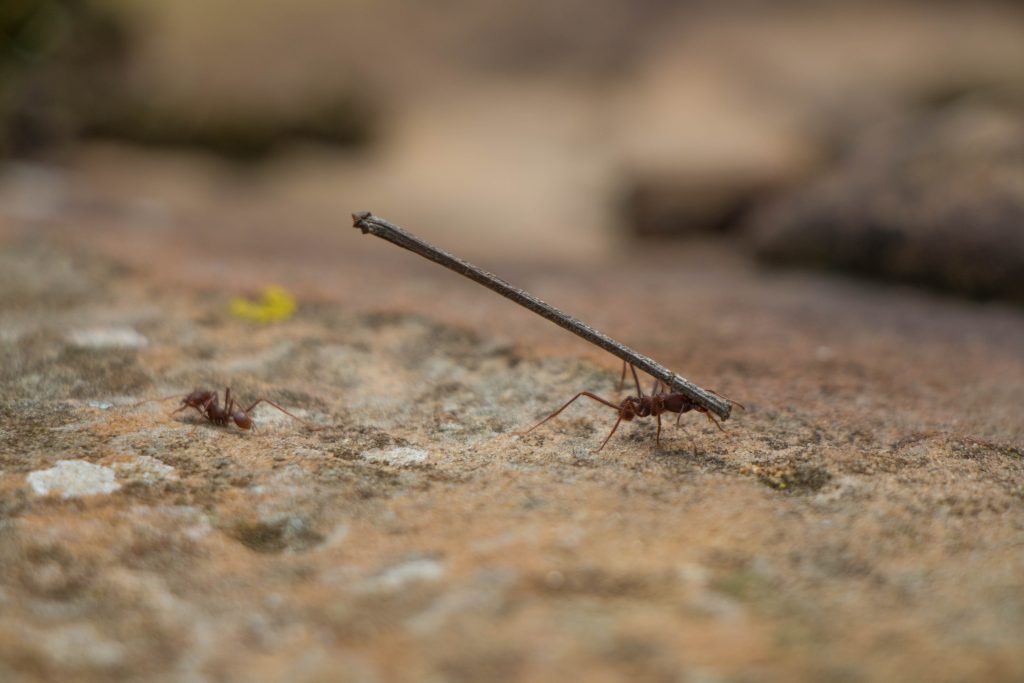 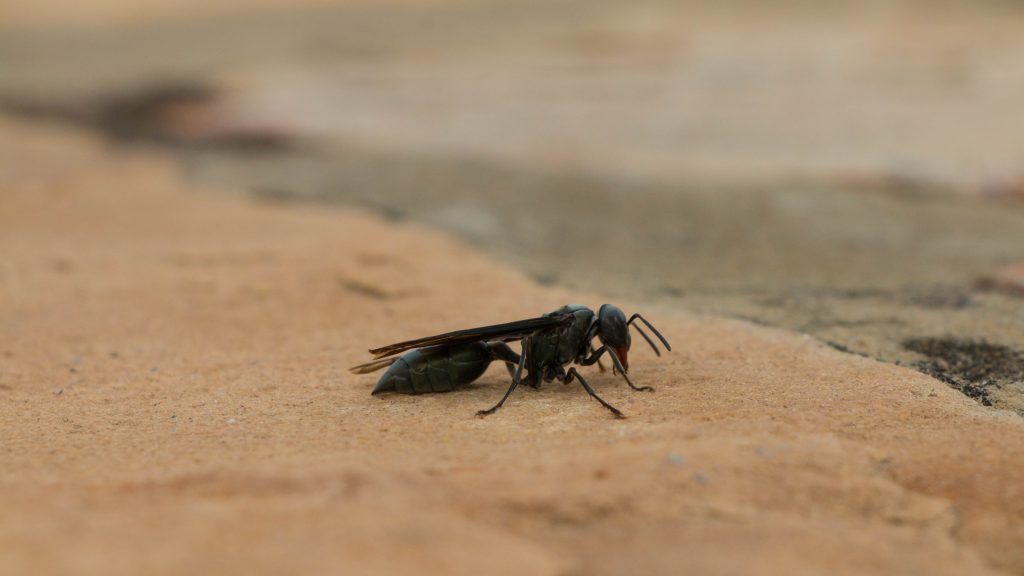 Perhaps the best part of this trip was the bond it created between the eleven travelers who went. By the end, a group of ultimate strangers became a bonded group who had experienced something amazing. We traveled to a country with an infamous reputation. We put trust in the locals and trust in ourselves. We put aside the doubts everyone told us about a trip to a “dangerous” country.

If I had to be completely honest, the people of Colombia are more kind than a majority of the people I interact within the United States.

We all ended the trip under budget. It was far cheaper than a trip to Mexico or the Caribbean. But we gained more. More friends, more understanding, and more love for a country that absolutely deserves it. 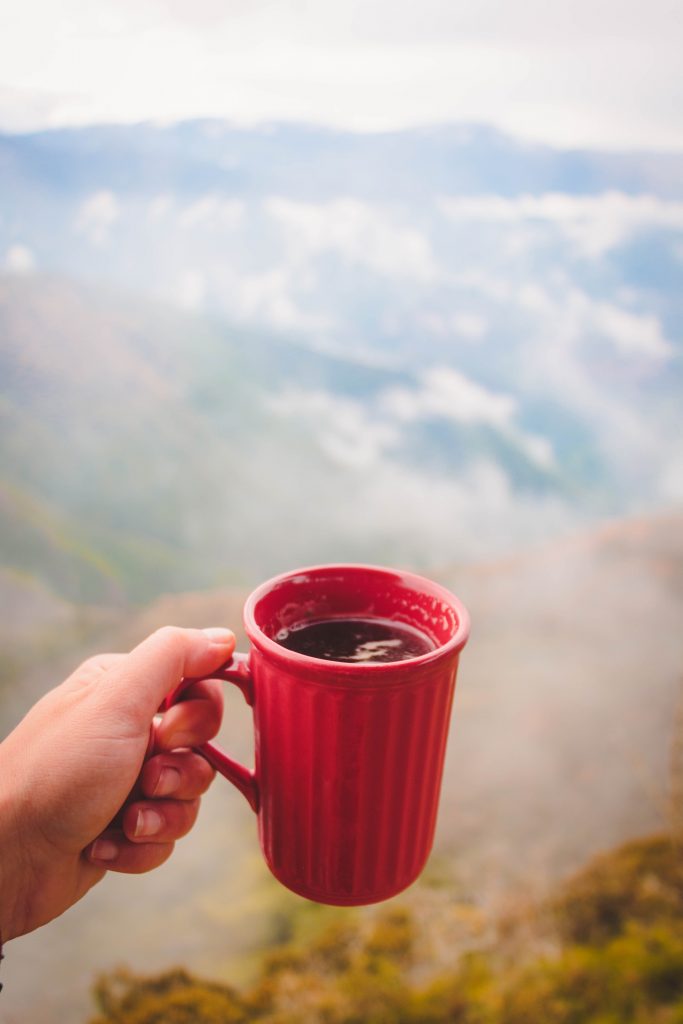 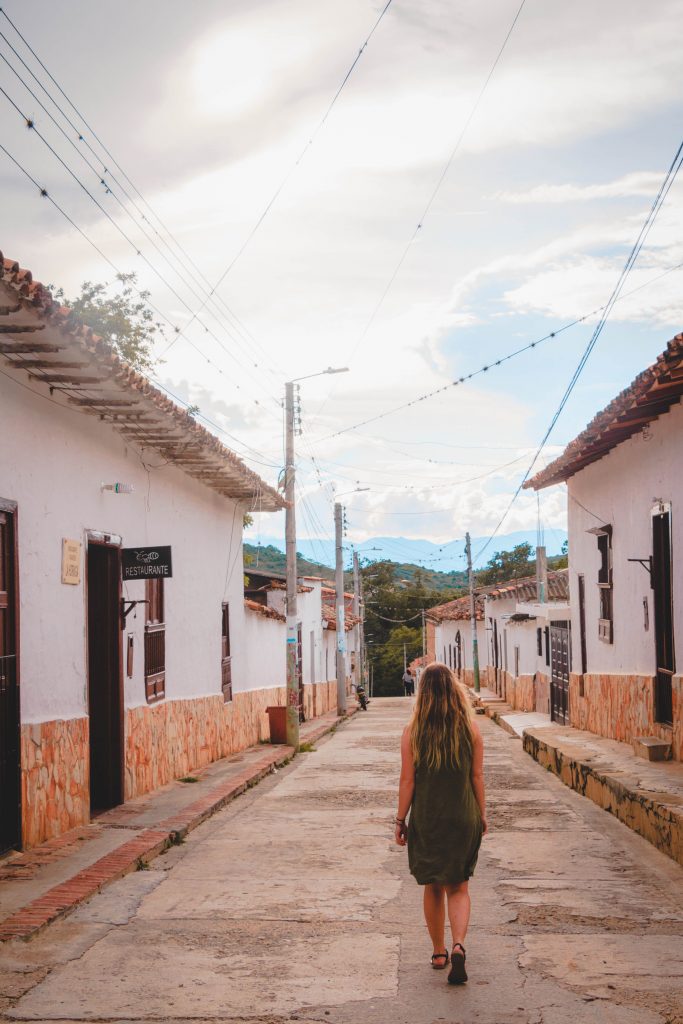 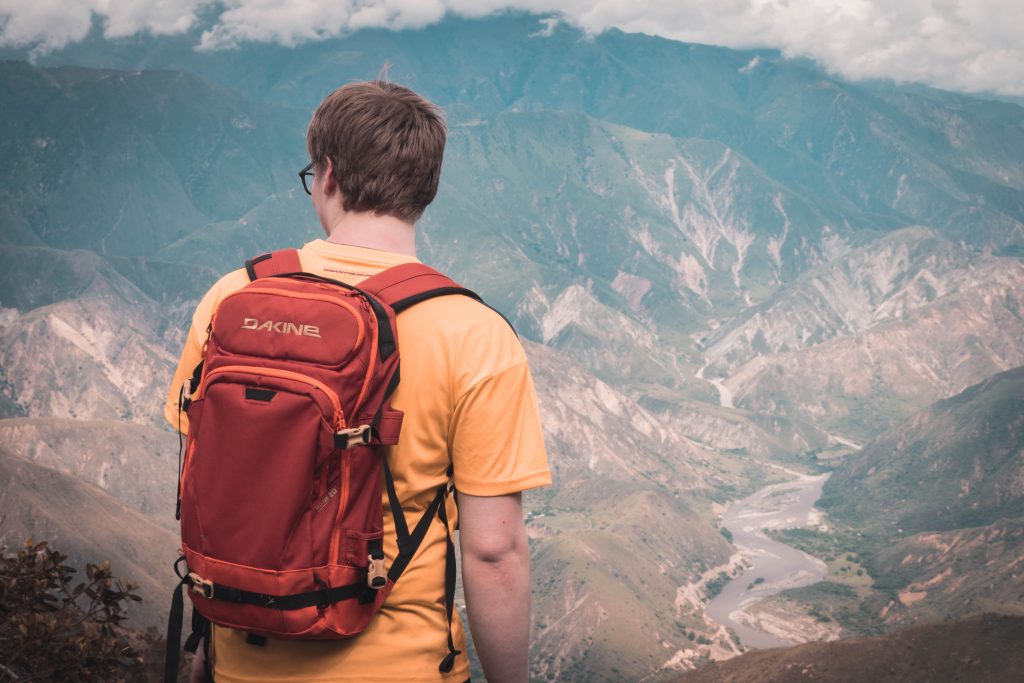