THE ISLAND OF CIES 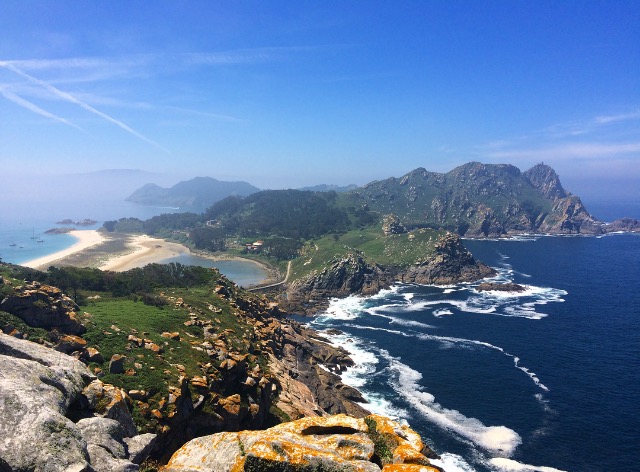 Arriving in Europe on June 2nd with no plans, no itinerary, and a limited budget was probably one of the scarier things I’ve done while traveling. I’ll admit that although I’m not a planner (or a good one at that), I was more than intimidated arriving on an entirely new continent with a backpack and a train ticket hoping for the best.

Initially, our biggest issue was our Eurail passes (I’ll save that for another post), but through the stress we managed to venture from our starting point of Lisbon, Portugal, to a small town named Salir Do Porto along the Atlantic, and then finally ending up in Vigo, Spain after a 14 hour day riding trains and rerouting thanks to our inability to speak Portuguese. 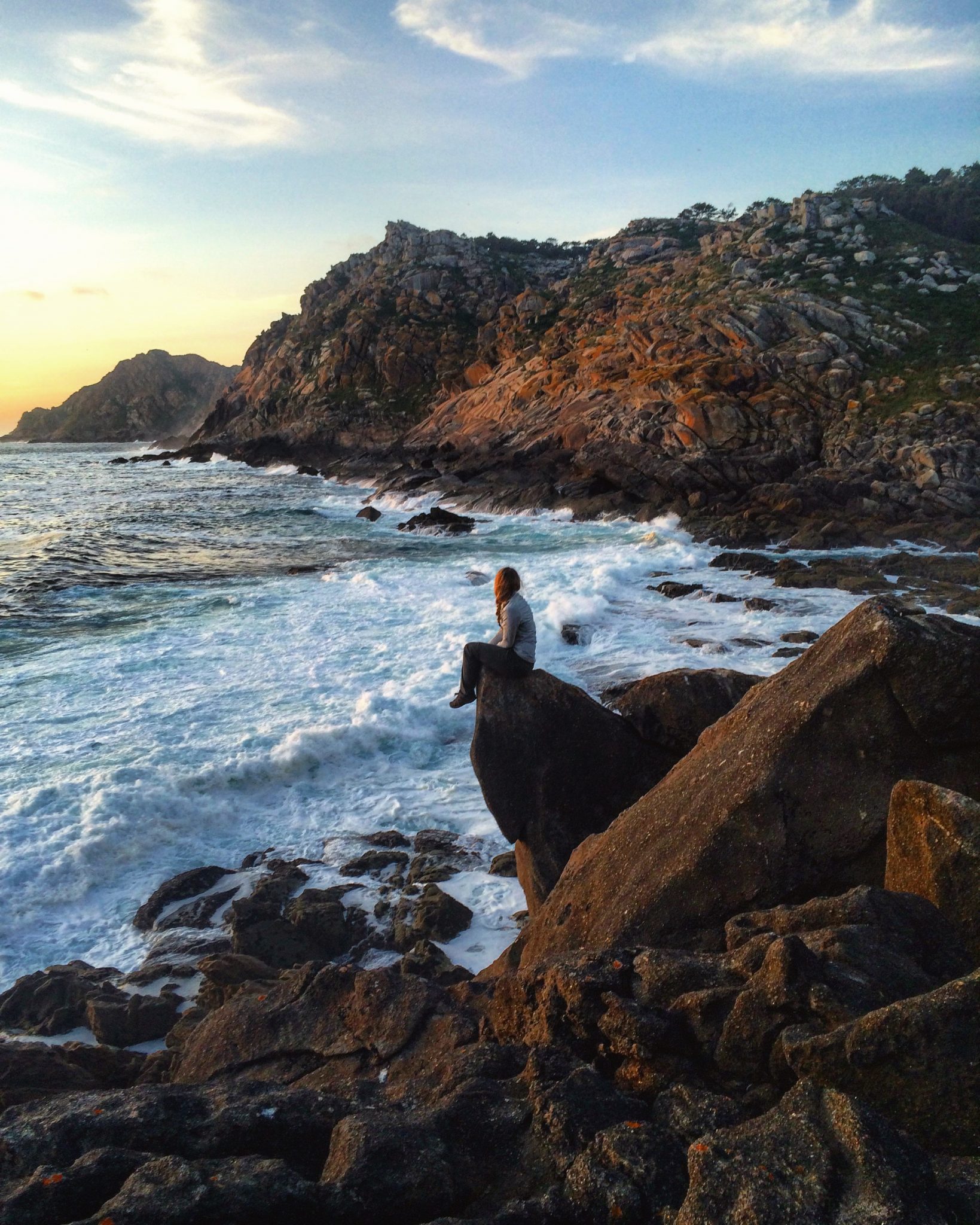 The Isle of Cies is an island we had on our minds from the beginning of planning. An island off the coast of Vigo, it is a small paradise of towering mountains, Caribbean-like beaches, and the motherland of seagulls.

I had vaguely researched the islands before and knew not much past the fact it was mountainous and looked pretty. Knowing that many times the pictures are better than real-life, we arrived on a misty morning with limited expectations. Not to mention we were already grumpy after discovering the prices to camp on the island were much more expensive than initially thought.

We paid 50€ for two nights camping and another 20€ for our round trip boat tickets.

But soon we realized that this island was worth every penny and the million-dollar views were more than pictures could ever showcase. 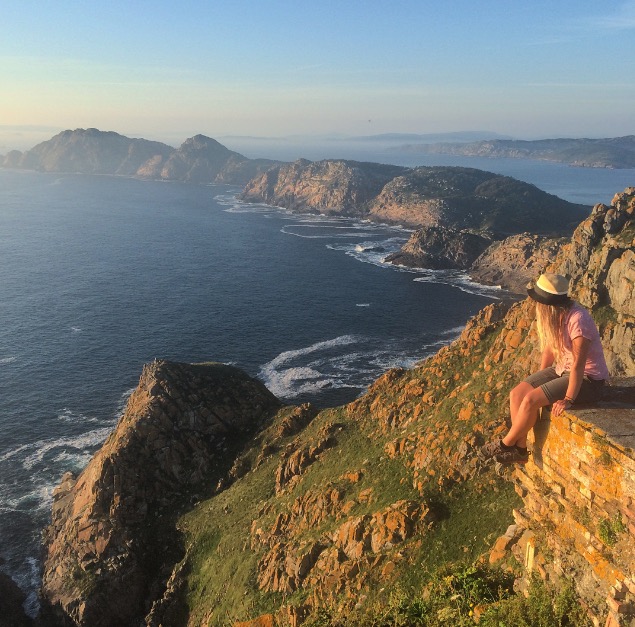 The mist soon cleared and uncovered the most jaw-dropping landscapes, sandy white beaches, and turquoise blue waters. A 3.5-kilometer hike from the campsite brought us to the island's lighthouse, which sits on a peak towering surrounding islands and the ocean below. We enjoyed the hike so much, we did it again the following day for sunset.

The ocean had some of the clearest waters I’ve ever witnessed, and although the water was a bit chilly, it was the perfect refreshment after a day of hiking. The main beach actually serves more like a sandbar that connects the two separate portions of the island. One side is the ocean, and the other side an inland lagoon that fills with water during high tide.

During the day the beach fills with day visitors, but by night the crowds vanish with the evening boats, leaving the entire beach to the few who stay on the island. 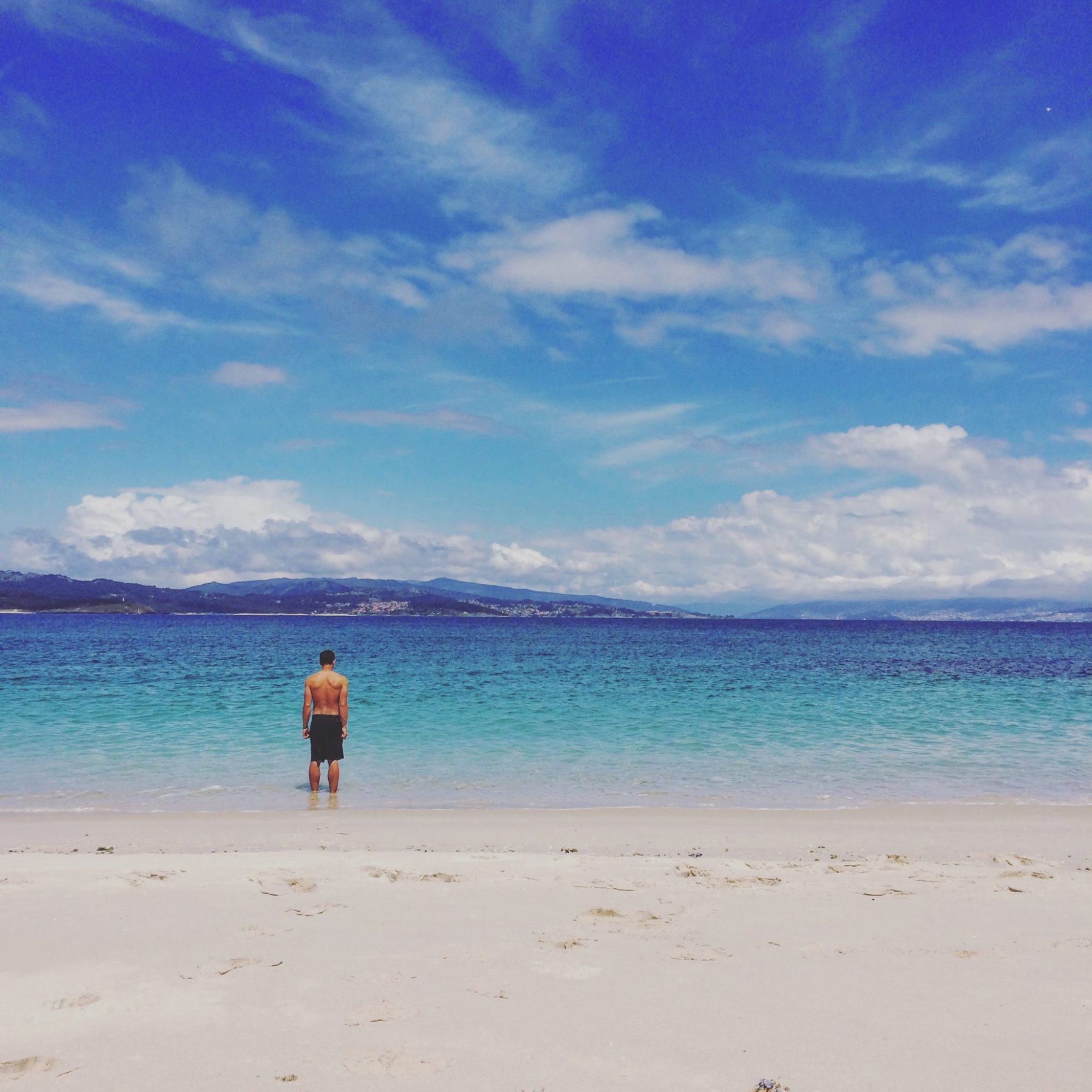 In the two visiting days, we were able to hike every trail possible on the island. Much of the island is protected land, where visitors aren’t allowed to hike. Although it was frustrating at times, the hiking paths remain virtually empty or uncrowded on weekdays.

The reason for the protected land is because thousands of seagulls make Cies their home. These seagulls look similar to American seagulls (you know the annoying ones that make you want to chuck stones at them), but their behavior is vastly different.

They are also extremely protective of their young, if visiting in the spring/early summer be prepared to be seagull dive-bombed. Some make their nests close to hiking paths. When you walk by, you unleash the wrath of mommy seagull who gathers the neighbors to swarm and attempt to kill you with their webbed feet. It’s more entertaining than anything. 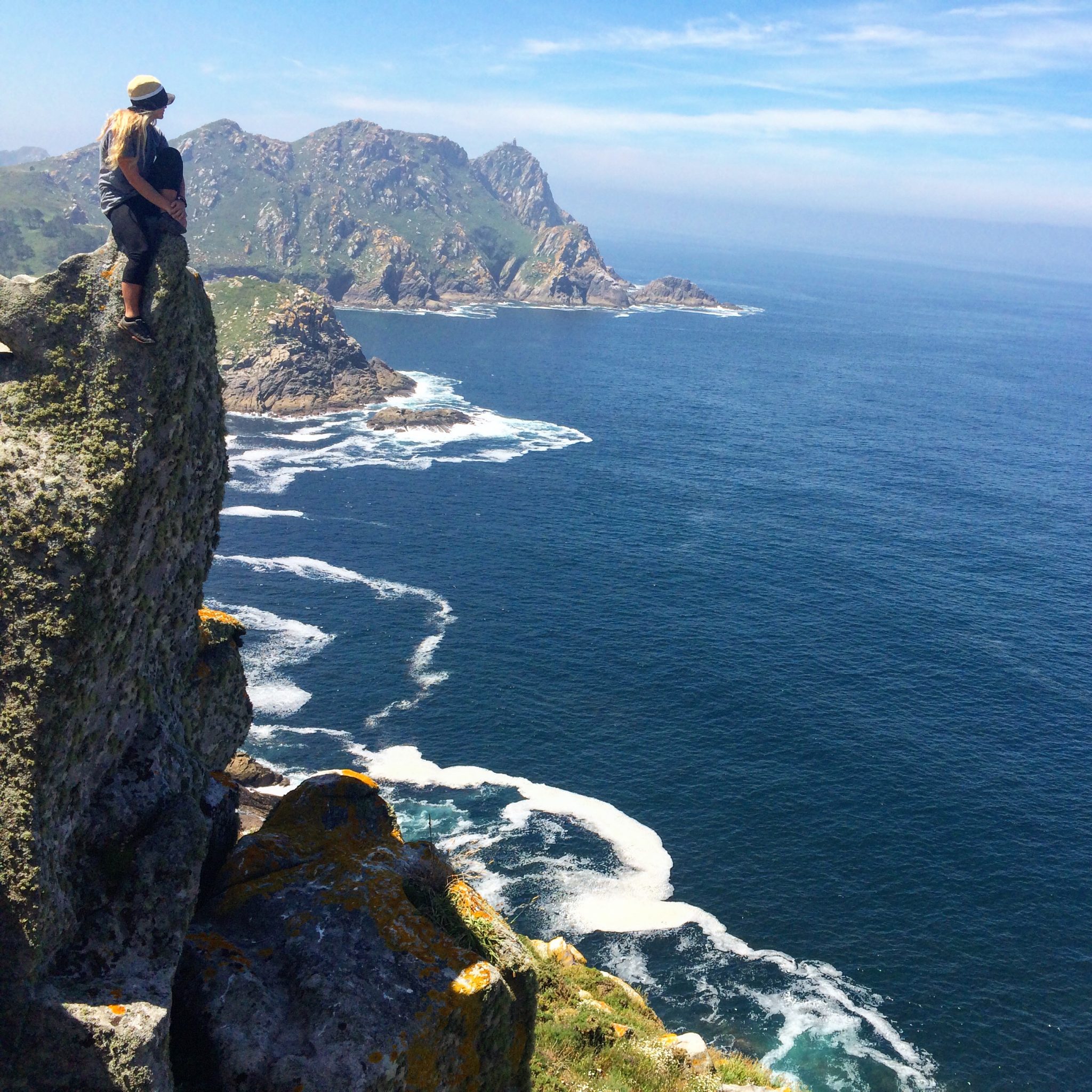 Cies was the best surprise and perfect kick-off for our 3-month backpacking adventure around Europe. After our two nights on the island, I was disappointed to be leaving so soon. We managed to pick the perfect time to visit, early summer Monday-Wednesday.

The weekends are known to be extremely crowded, and Wednesday brought newcomers who doubled the number of campers in the park. If you plan to visit, the earlier in the week, the better for crowds.

Cies has bathrooms, and a restaurant, and even a small supermarket. We expected to be roughing it a little more during our visit, but I can’t complain that I didn’t have to try to pee next to a seagulls nest or anything. It’s a little piece of Spain that isn’t a typical international tourist destination, but those who do visit can understand why they want to keep it a secret. 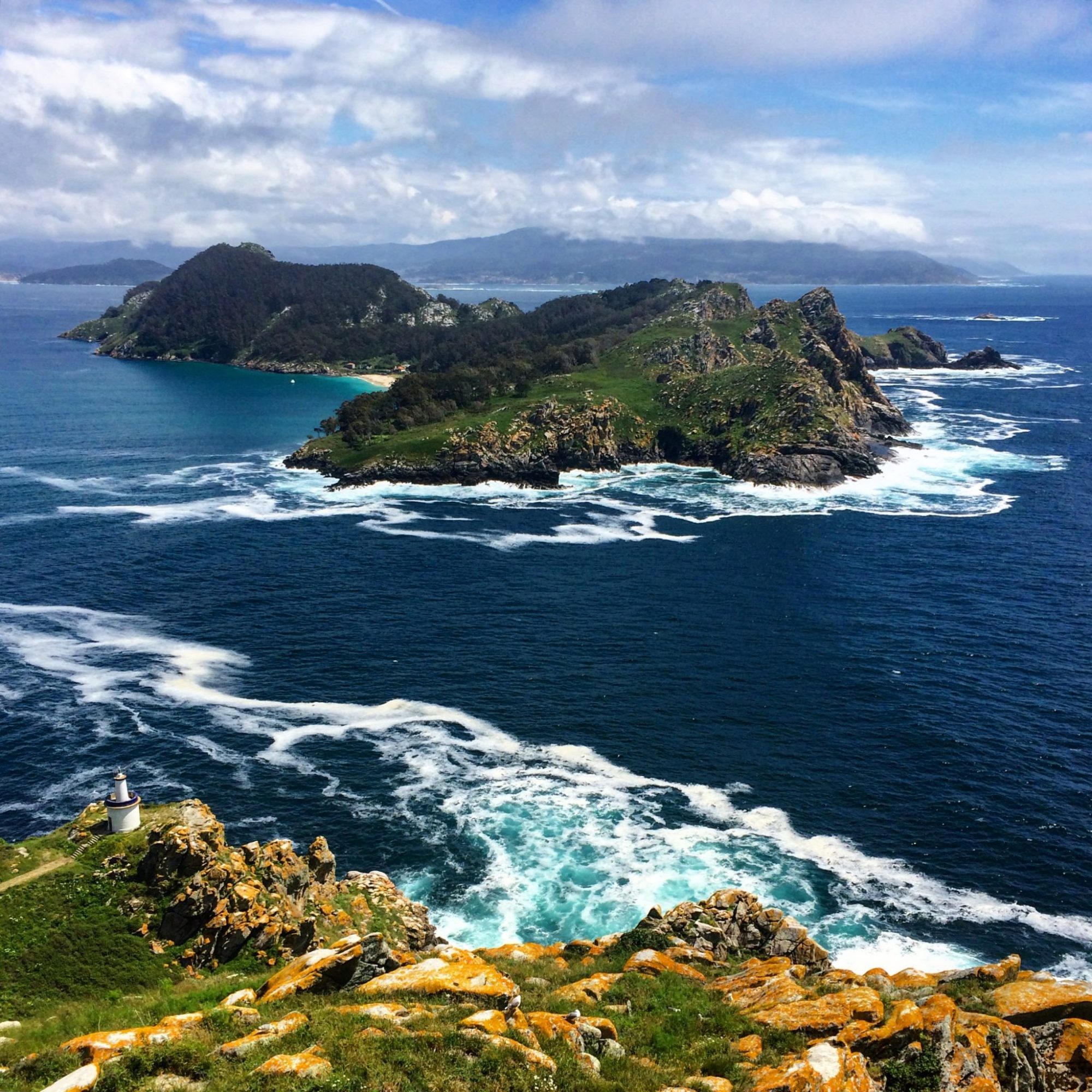