EAT NOTHING AND CLIMB EVERYTHING: BUDGETING IN AMERICA'S SOUTHWEST

Yes, it’s true…America’s southwest is full of tour buses, selfie sticks, crowded parking lots and heat strokes. Why would anyone want to visit such a place?

And just like any other destination around the world, tourists can be avoided if you get up, do some research, and leave the car pull-offs for the rest of the crowds.

The southwest is covered in National Parks. My first piece of advice is this: if you plan on visiting, don’t plan on being lazy. Did you know almost 80% of visitors to American National Parks stray no further than 400ft from their vehicle the entire time?...WTF.

If you’re reading my blog, it’s probably because you like adventures and rocks and caterpillars and other outdoorsy things. So please, for the love of all things good, don’t be part of the majority. 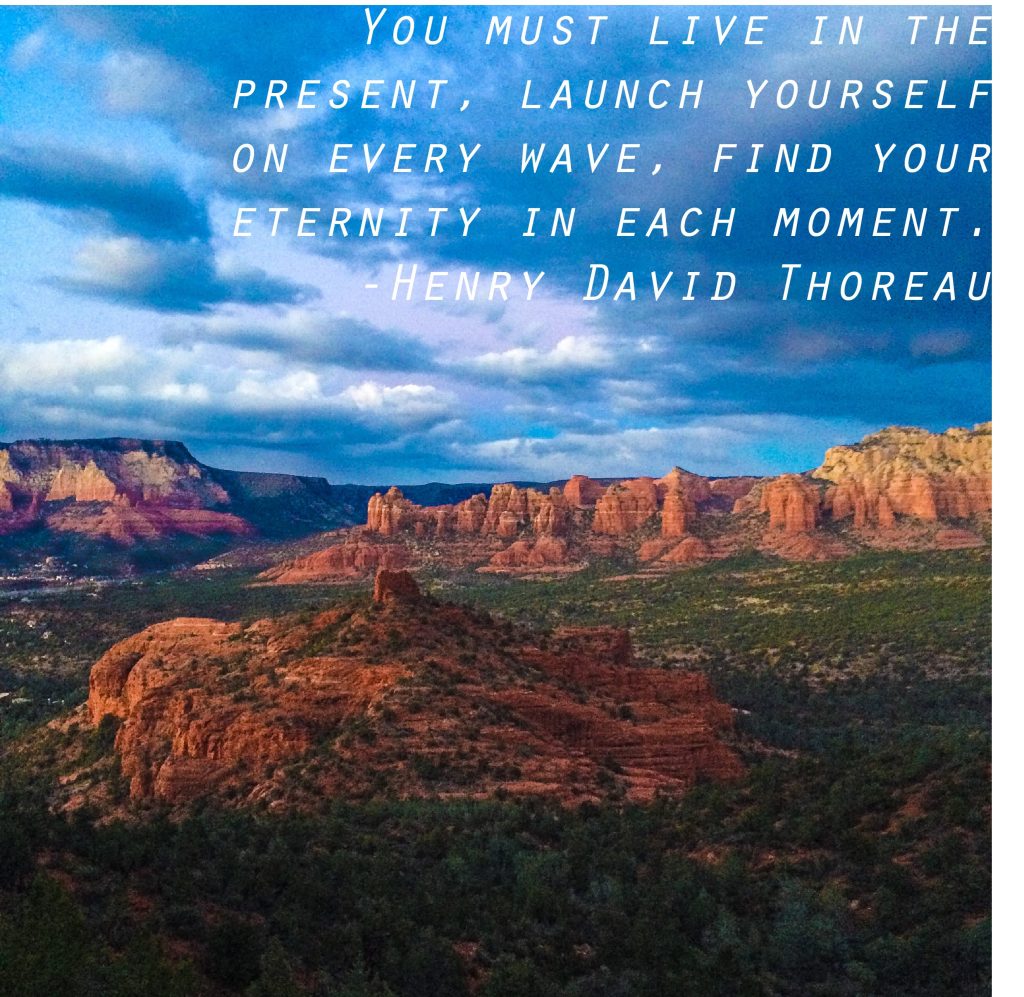 The second piece of advice: fly into Vegas, rent a car, and be on your merry way. Las Vegas airport is usually dozens (if not hundreds) of dollars cheaper than Phoenix, LAX or Salt Lake City. Check websites like Skyscanner to ensure you are getting the best flight deal possible for booking. If planning a road trip, I recommend a loop and ending up back in the town you started. Again, it will make your flight cheaper and save you big on car rentals. Returning a car to a different city will often increase your bill by at least $100.

The sites, parks, and towns you want to hit are completely up to you. The options are unlimited, so I’m not going to attempt to narrow it down. I will tell you I’m sad we missed out on Canyonlands National Park and am so glad we experienced Zion. If you’re thinking about the Hoover Dam, drop the thought and go to the Glen Canyon Dam in Page, Arizona. It’s only 16 feet shorter than the Hoover Dam, and is located right next to Horseshoe Bend and Lake Powell.

Interesting fact: Lake Powell was created by the Glen Canyon Dam (pictured below) in 1966, after a compromise was made to move the dam there instead of building it in the bottom of the Grand Canyon. Under Lake Powell is what people compared to a “second Yosemite” valley that was drowned in the process. Although managing to keep a series of three dams out of the Grand Canyon was a massive success, it is astounding to stare at the lake and ponder what lies beneath. The man who fought the government to move its location only saw the valley after the deal and described his fight as a “mistake” for allowing such a beautiful place to disappear. The book “The Emerald Mile” highlights the entire history, if you’re interested in a good read. 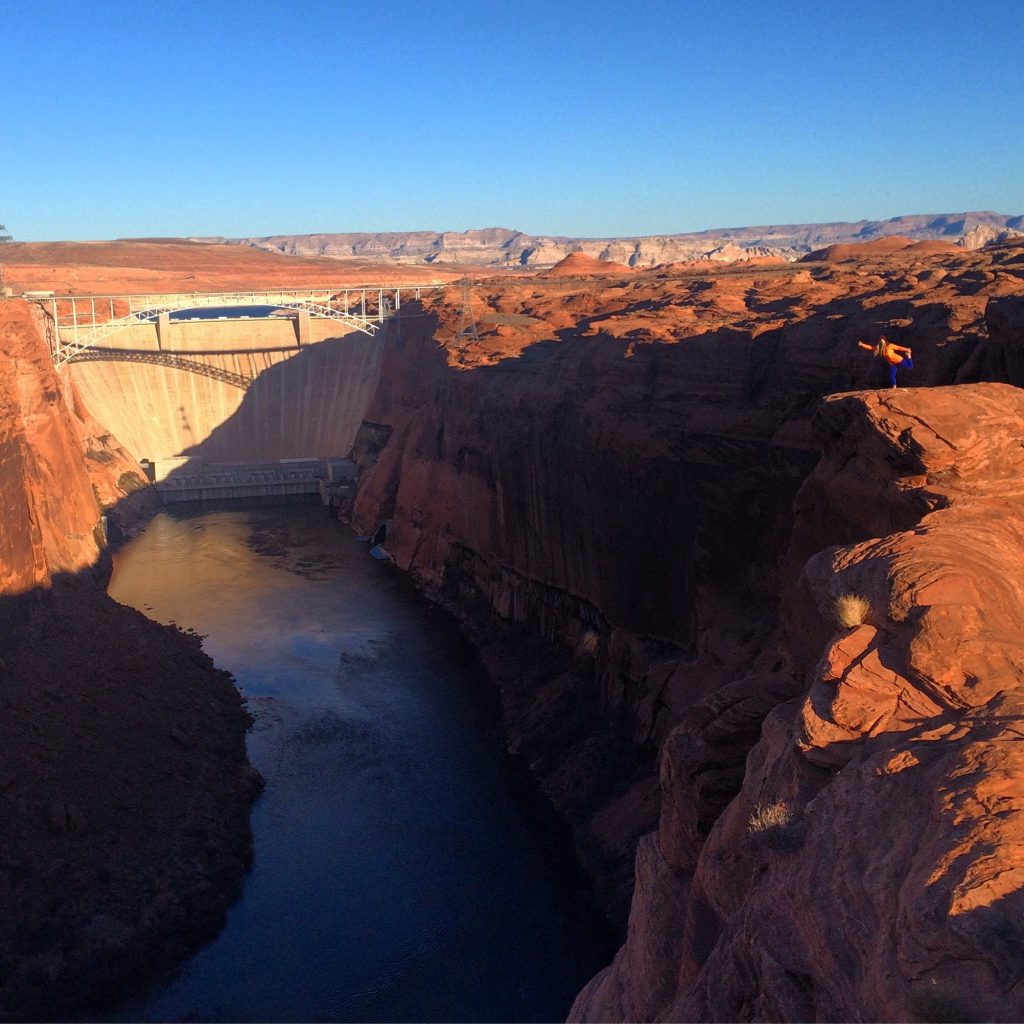 Also near Page is one of the most iconic places on Earth: Antelope Canyon. You’re probably expecting me to boast about how awesome and unreal it was, and how we strolled down the slot canyon in awe. Well, the price is $30/person to get in, and it’s so crowded there’s nowhere to be alone and away from the tourists. Looking for the iconic shot with the sunbeam? Yeah, you’ll be paying over $100 for a special “photographers” tour.

I’m sorry…but one of my biggest pet peeves is when our beautiful natural wonders become a greedy tourist trap. And no, we didn’t even go in. We found our own slot canyons in Utah. Not worth it. 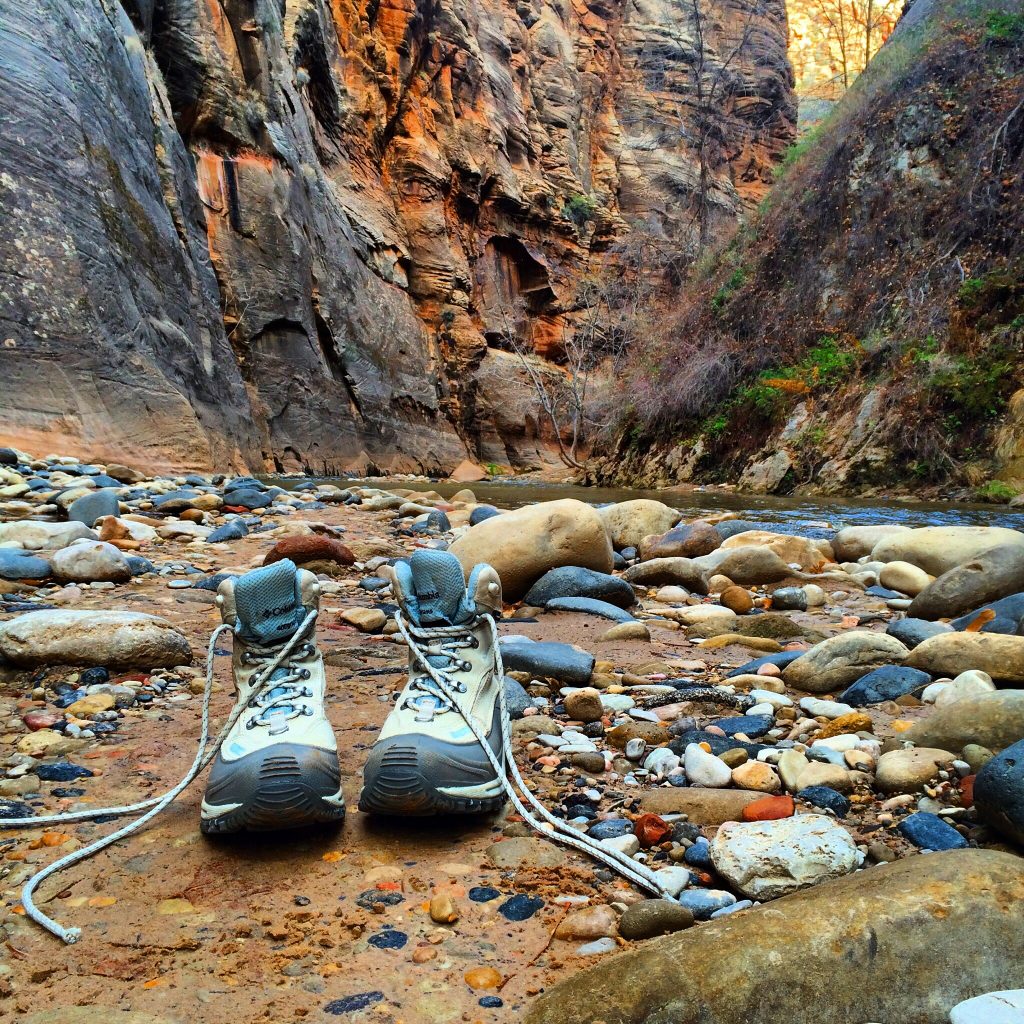 The third piece of advice: hike your ass off. Hiking is free and hiking is beautiful. People pay $500 a night to stay in a hotel room with a mountain view when we’re standing on top of that mountain for free.

If you plan on hiking common paths such as the Angel’s Landing Trail in Zion or the South Kaibab route in the Grand Canyon, I’ll tell you one thing…start early. No one else wants to be on the trail at 7:00am. Want the top of Angels Landing to yourself? No later than sunrise.

Look up paths that are less common. Places like Sedona are covered in trail routes that are virtually unknown. They lead you to the top of places such as the Twin Buttes, where you can watch a sunset over the town. Take part in Couchsurfing: which not only gives you are free place to stay, but you can meet locals like Peter Gersten, who will personally bring you to the top of Bell Rock. 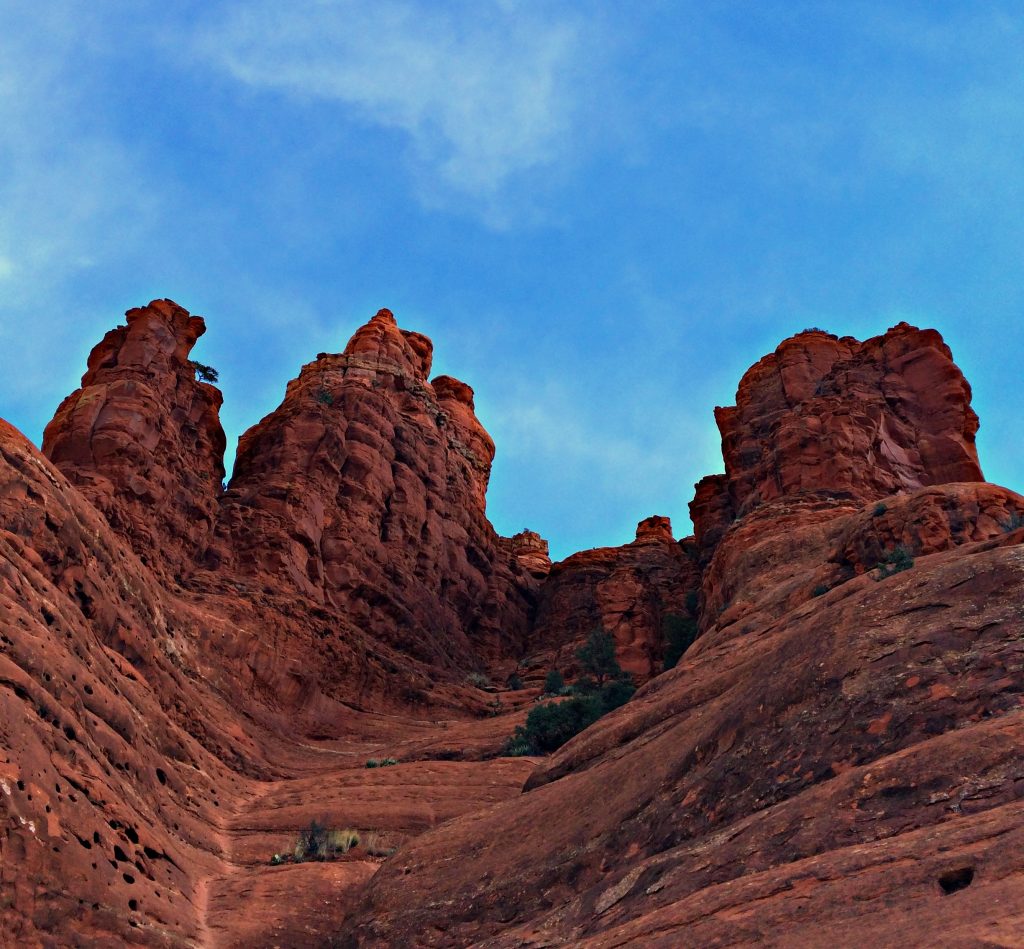 The fourth piece of advice: don’t eat out anywhere scenic. If you even think about eating near the Grand Canyon I will find you and I will smack you. If you’re like me, you won’t be able to live off snacks for an entire week and you’ll need to find a big crappy burger to hold you over. Eat out and save half your meal for the next day. Eat nothing fancy and eat everything that relates to hot gas station food.

Choke down a banana. They suck but they give massive amounts of energy.

Lastly, live in the moment. Along the journey, Josh and I found everything from a hooker in a bathroom to a car smashed in a slot canyon.

We slept in the middle of the open range with no cell service under a million stars. If you have seen “The Hills Have Eyes”, you may think you will be murdered (like I did), but you won’t and instead, you’ll be brushing your teeth while a line of 18 cows casually strolls by.

You’ll spend under $300 for an entire week. You won’t pay for accommodation, you will eat crap, you will barter with the car rental and you won’t get suckered into greed traps. You’ll put up with some crowds and pay National Park Fees, but you’ll also find your own adventures.

You’ll couchsurf and meet lovely people, you’ll climb rock that will scare you and you will reluctantly hike even though you’re sore from hiking over 25 miles in the days before. You’ll just do it, and you won’t regret it. 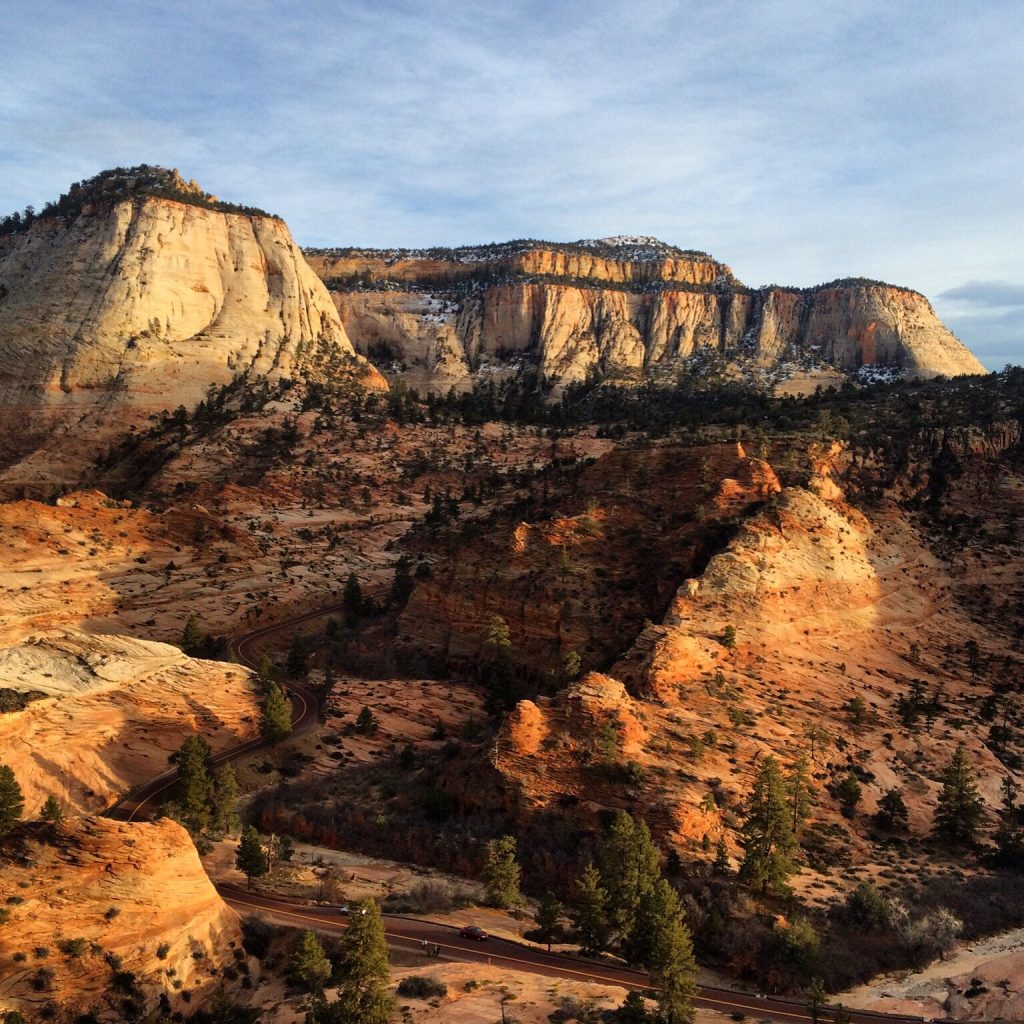