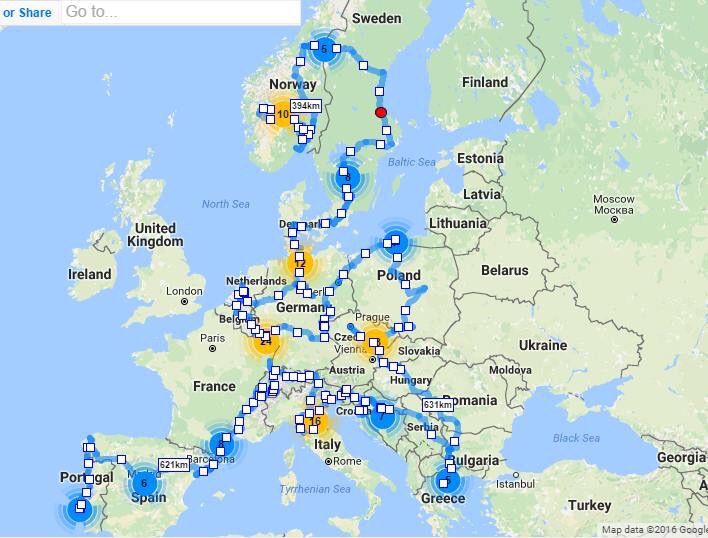 When you leave to travel an entire continent for 90 days, you come home feeling as if everything has changed, even though it hasn’t.

That was me when I drove into my hometown on the evening of September 2nd, exactly 92 days after my boyfriend and I flew from Toronto to Lisbon to begin a journey that would take us from mountain tops to sea shores and glaciers to palm trees. With no plan and no idea where we would visit throughout the next months backpacking Europe, we took our first steps on a life-changing adventure. 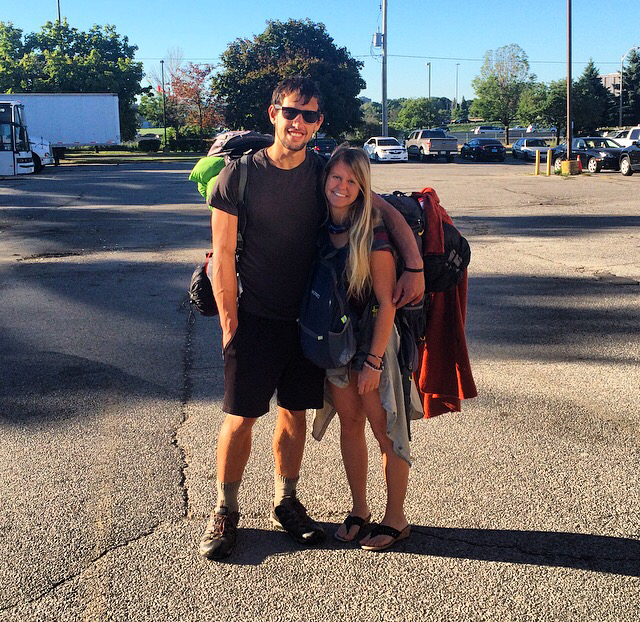 Before, during, and after the journey, we received a number “how do/did you afford it?” questions.

The answer is we didn’t need that much. Here are the stats of what we spent traveling 25 countries (roughly 14,500km) in a span of 3 months.

Direct flight from Toronto to Lisbon- $290/ each

Flight from Oslo to Toronto- $370/each

In the end, we went under our daily budget spending only $3129 of the $3600 we gave ourselves, averaging a daily spending of $35. Nothing was left out of the budget, and included everything from 30 cent coffees in Slovenia to an outrageous $167 day in Amsterdam (whoops). Below I’ve attached a picture of the tracker we used on our trip that recorded what we had spent at the end of each day. 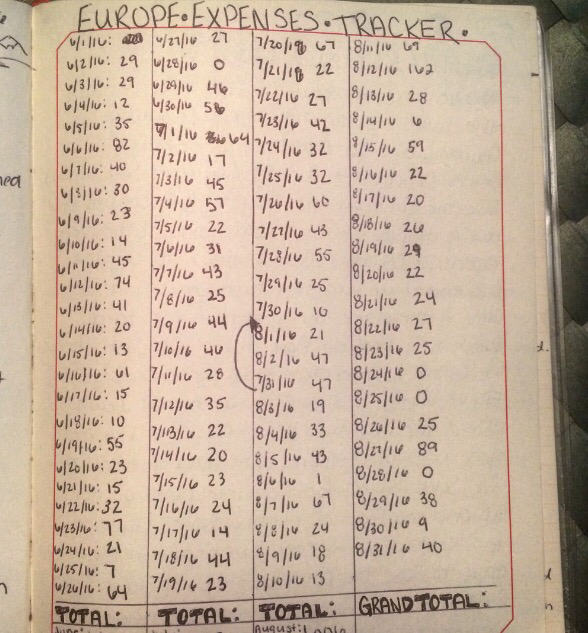 So how did we spend so little in Europe?

We adjusted to different cultures and currencies

Europe is a vast continent with countries that vary greatly in how much you can make a US dollar stretch. In countries like Bosnia, Serbia, and Poland, you’ll be able to rent an Airbnb, eat decent food, and splurge on some ice cream while still hitting the $40/day mark. In Switzerland, Denmark, Sweden, and Norway (especially Norway), you’ll find yourself pitching a tent almost every night and eating hot dogs for a week straight because a personal pizza will cost roughly $15 even at the cheap food joints.

You’ll have to learn to become accustomed to many different countries and currency in very little time. Find the exchange rate online, and make sure to NEVER exchange money at an airport or train station. These stations usually give a much worse rate than an exchange store somewhere on the street. Also, make sure you look for exchange places that advertise "No Commission". Those that don't will charge you ridiculous fees for their services, despite offering a better exchange rate. 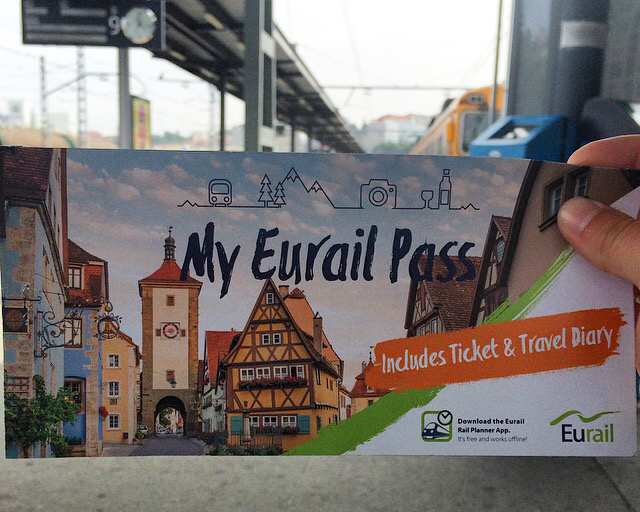 We invested in a Eurail Pass

Although the up-front cost of $1,216 can be off-setting, it is the single-best way to visit a lot of places in a little time. Upon originally landing in Europe, I expected to visit a maximum of 12ish countries. When we got to the end and realized we managed 25...that was quite insane.

Click here to see a map of common Eurail routes. The map only shows major cities, and there are THOUSANDS of destination and routes that are not shown. Europe’s rail system is extremely efficient and stops at almost all towns that have at least 5,000 people, sometimes fewer.

The best way to see how many places you can reach using the Eurail pass is by downloading the Eurail app. Look at a map of Europe and choose two towns. Enter them in the Eurail app and chances are there is a way to get from one town to the other using the system.

If you plan to use the Eurail pass for the entirety of a 3 month Europe trip, it’ll be worth the money. 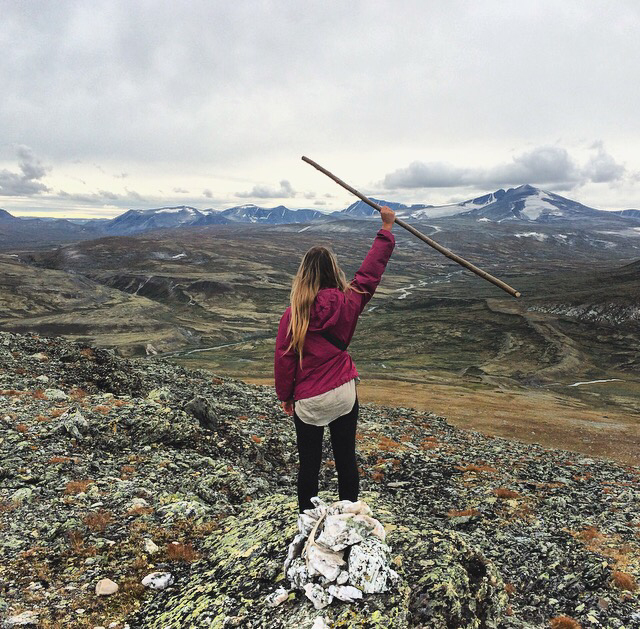 We shopped at supermarkets

Almost all European grocery stores are equipped with a delicious bakery, and have a wide range of food to choose from. If you are going to travel Europe but plan on eating out at least once a day, you can expect your budget being at least $1000 higher. 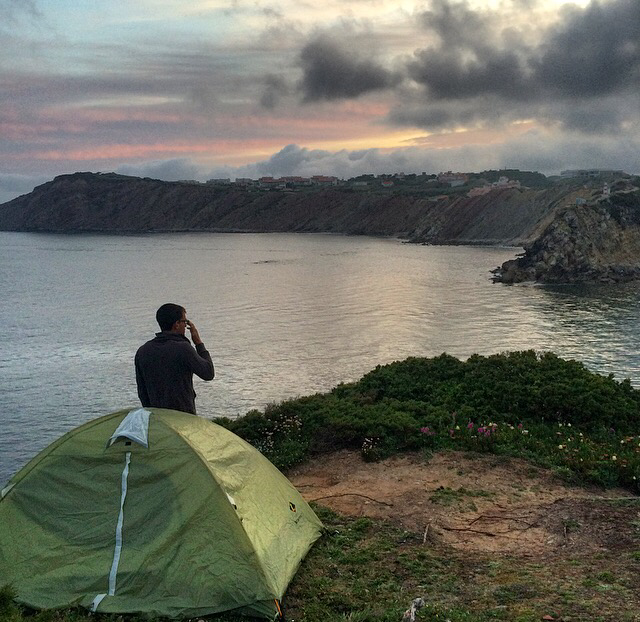 We got creative with accommodation

Out of the 90 nights we spent on the road:

1 night sleeping in a bush in A Coruna, Spain

7 nights were at a campground

20 nights were in Airbnbs

10 nights in a hostel

3 nights on an overnight train

And 1 stranded night sleeping on our beach towel in the Zagreb train station.

Do you see something in these numbers? Not a single hotel on the list (unless you count one $25 hotel/hostel mix we stayed at in Thessonaliki, Greece where my beloved Fathom water bottle was stolen out of the community fridge. I fricken’ loved that water bottle.) *quietly whimpers*

At the start of journey, we quickly fell into a routine of booking an Airbnb about every 3rd night. This would allow us slight relaxation, a refreshing shower, and the opportunity to cook a hot meal. Over our three months, we never booked a room over $35. A minimal Airbnb budget got us a private room overlooking Mount Blanc, a beautiful new apartment looking over the rolling hills of Bosnia, and even a small camper in someone’s backyard in Norway. 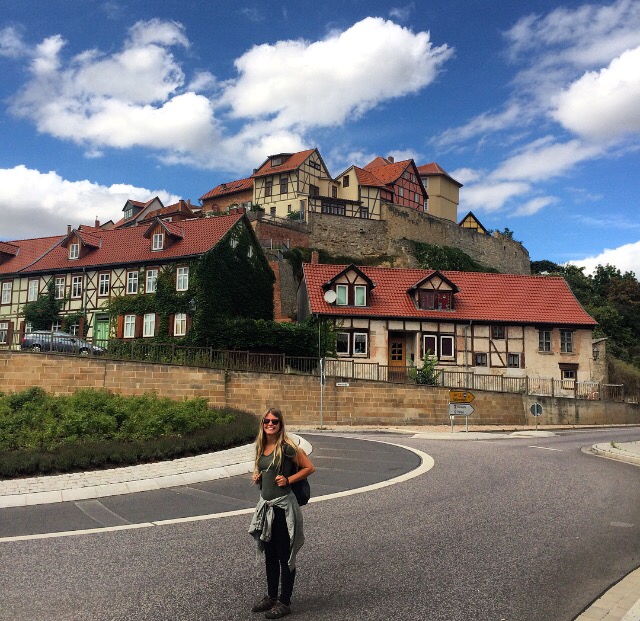 We didn’t go crazy on souvenirs

Out of 3 months in Europe I bought myself a few items of clothing, one ring, and a headband. Josh went crazy and spoiled himself with a 3 euro t-shirt and sunglasses (he’s got to get that spending under control).

Toward the end of our trip, we bought a few small items for family. Other than that we took our memories through pictures. I love bringing home a few memorable items from a trip, but I keep it light because the less you bring home, the more those few items will mean to you. 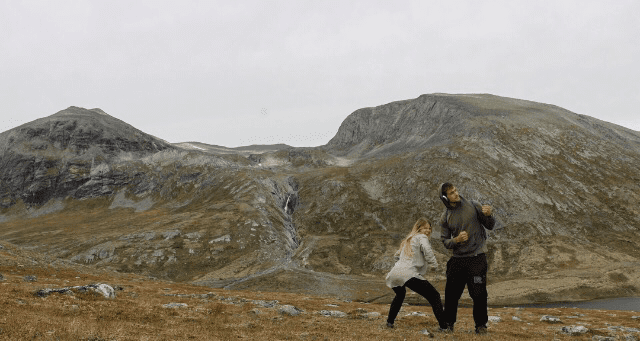 One of the major advantages of the Eurail pass is that it doesn’t limit you to Rome, Paris, and Berlin. When we were in Amsterdam we rented an Airbnb about an hour out of the city because it was roughly $80 cheaper than anything we could find in the city limits. When trying to shop in Oslo, we discovered that supermarkets in smaller surrounding towns had much better prices. In Switzerland, we actually took the train out of the country and into France just to grocery shop.

It’s very difficult to find places to sleep on a budget in high-tourist cities. If you plan to stay around a large city for more than a day, rent something out of the city limits or camp in nearby wilderness. The Eurail train system is usually efficient (outside Eastern Europe) and a quick train ride in and out of the city can save big bucks on prices. 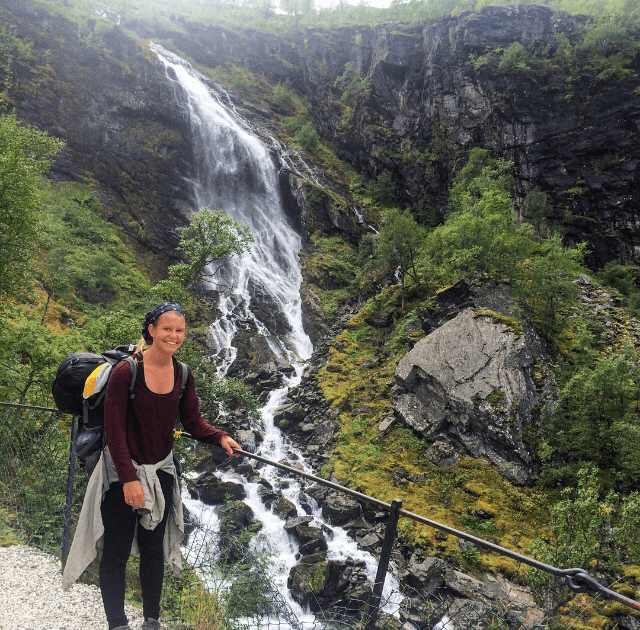 We weren’t afraid of Eastern Europe

A lot of people still view Eastern Europe as scary and unstable. Although it is less devolped as Western Europe, there was never a point in our many stops that I felt unsafe. It is an extremely unique, historical, and diverse place where travelers can find hostels as cheap as $5/night.

In Eastern Europe, you can also walk into a supermarket and come out with two loafs of freshly baked garlic bread and four bakery pizzas for a total of $4. Not bad, eh?

The truth is, your average budget is going to differ depending on your location in the continent. In Eastern Europe, you could easily live off of a daily budget of $20, while in Scandinavian countries, you’ll need more like $60/day to feel like you aren’t a hobo. 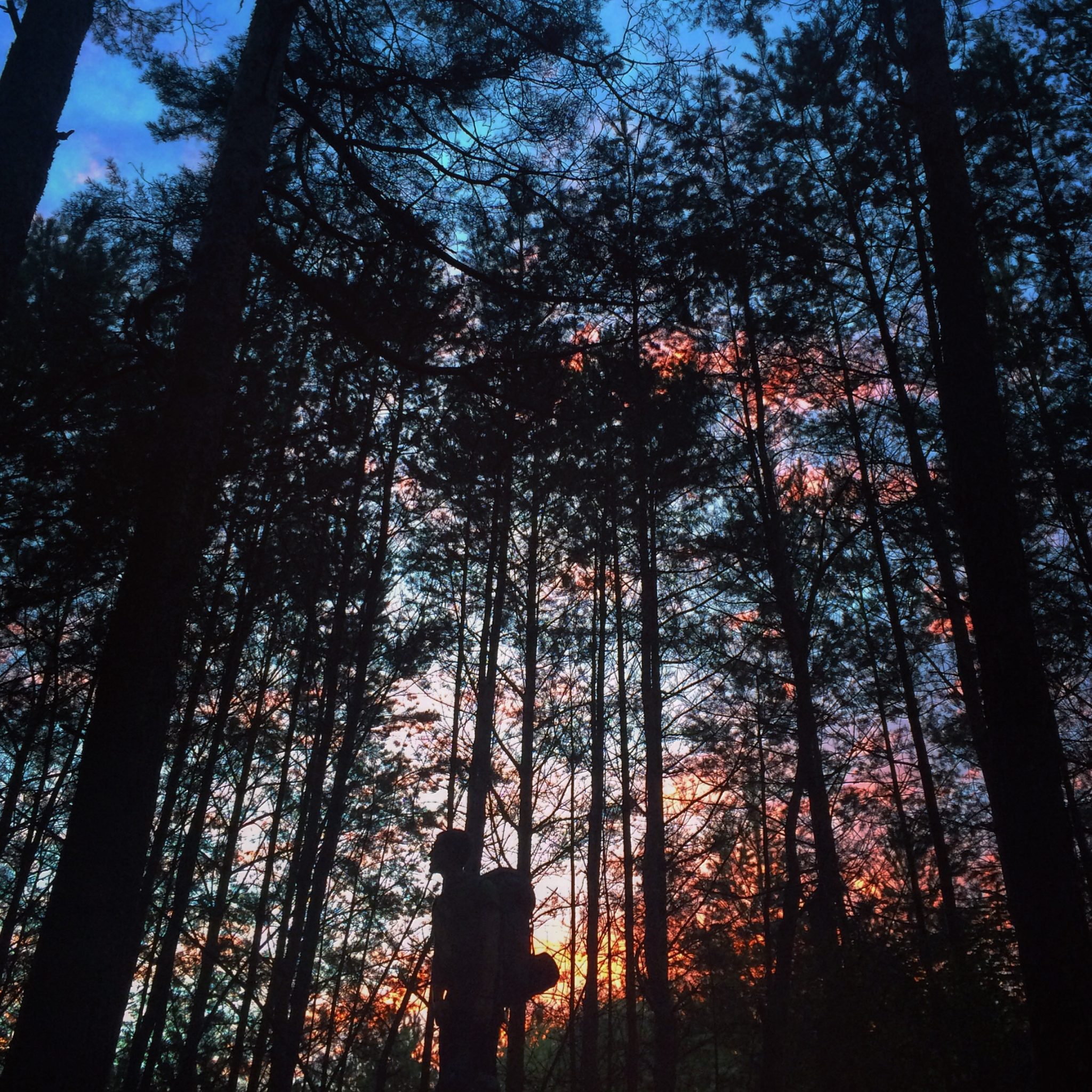 Our round trip flights to Europe cost $660, which is quite cheap considering some people spend over $2,000 on their flight to Europe. If you are close to Canada, consider flying out of a Canadian airport, since it will usually save you anywhere from $100-$400 than flying from the United States.

Second, be extremely flexible. We didn’t know what day we would leave or return from our trip, we just booked whatever day was cheapest using www.kiwi.com.

Don’t over-pay for your flights to Europe. If you aren’t careful and are picky about dates, you could increase your budget by $1,000 or more. 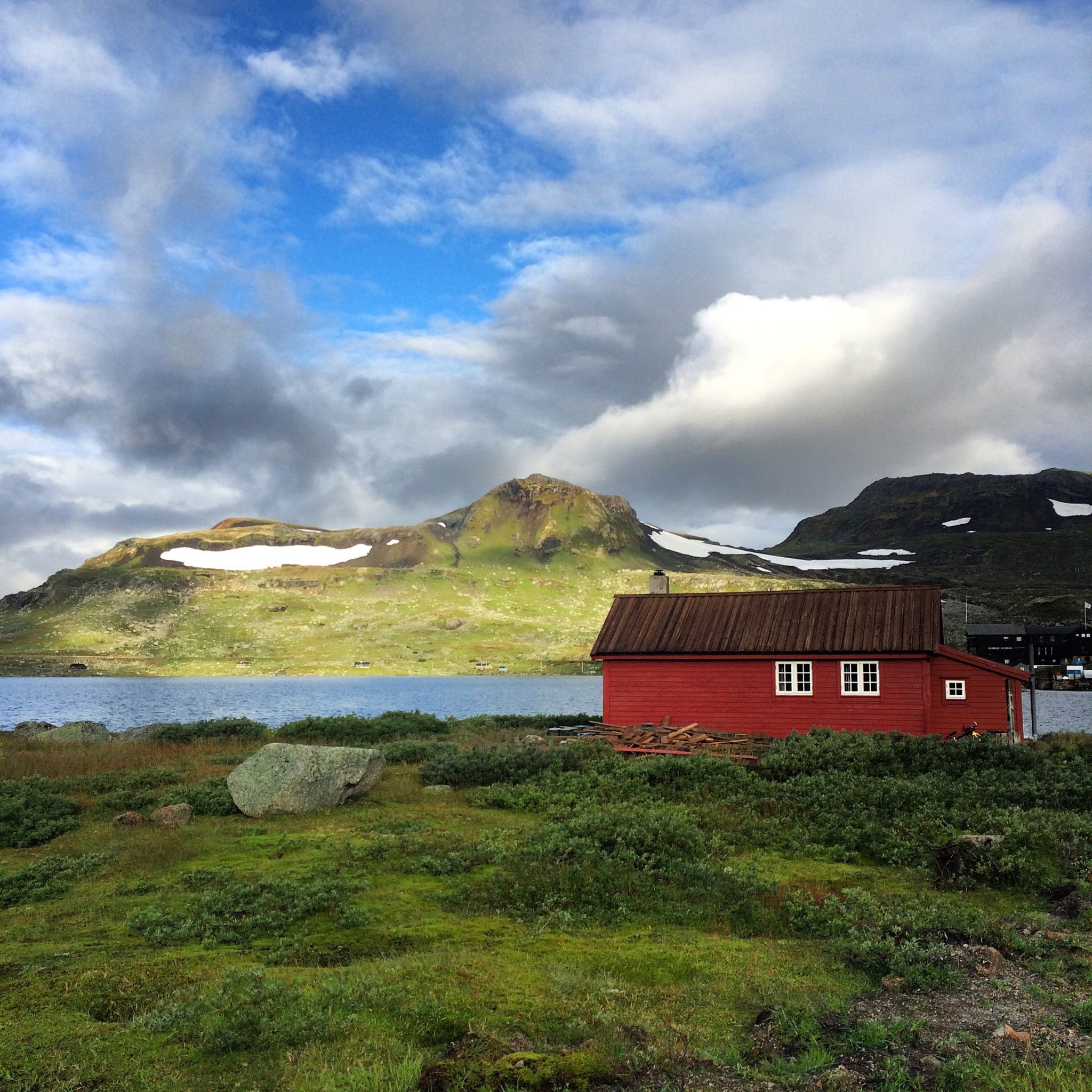 Backpacking is not easy either. The first week you will continuously scream “WHY AM I DOING THIS TO MYSELF” every 5 minutes while hiking up the hills of Lisbon with 30 pounds on your back. Grocery shopping day means adding a few extra pounds to your bag too. You’ll suffer from at least a dozen blisters on your toes, and each day you’ll wake up with sore feet. But as soon as you start walking again, they’ll feel better.

If you want to backpack Europe on a budget you have to be rough, tough, and not one of those people who consider “backpacking Europe” to consist of walking your backpack from the train to the hostel in each major city. By the end, your shoes will have trekked hundreds of miles and your laundry done only a handful of times. The only requirement is that you just might have to be a *little* crazy. The good kind of crazy.

This is final list of countries we visited on our European trip in 2016: 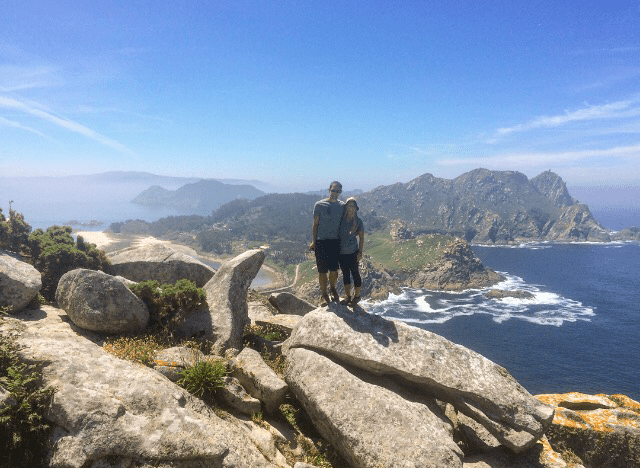 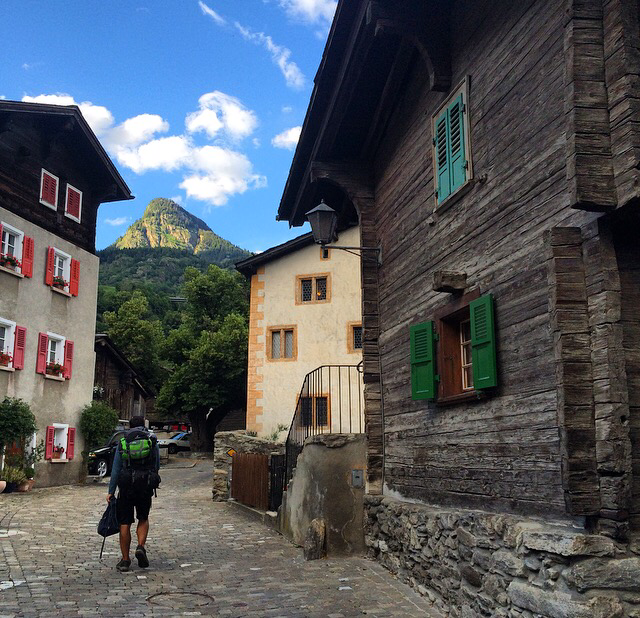 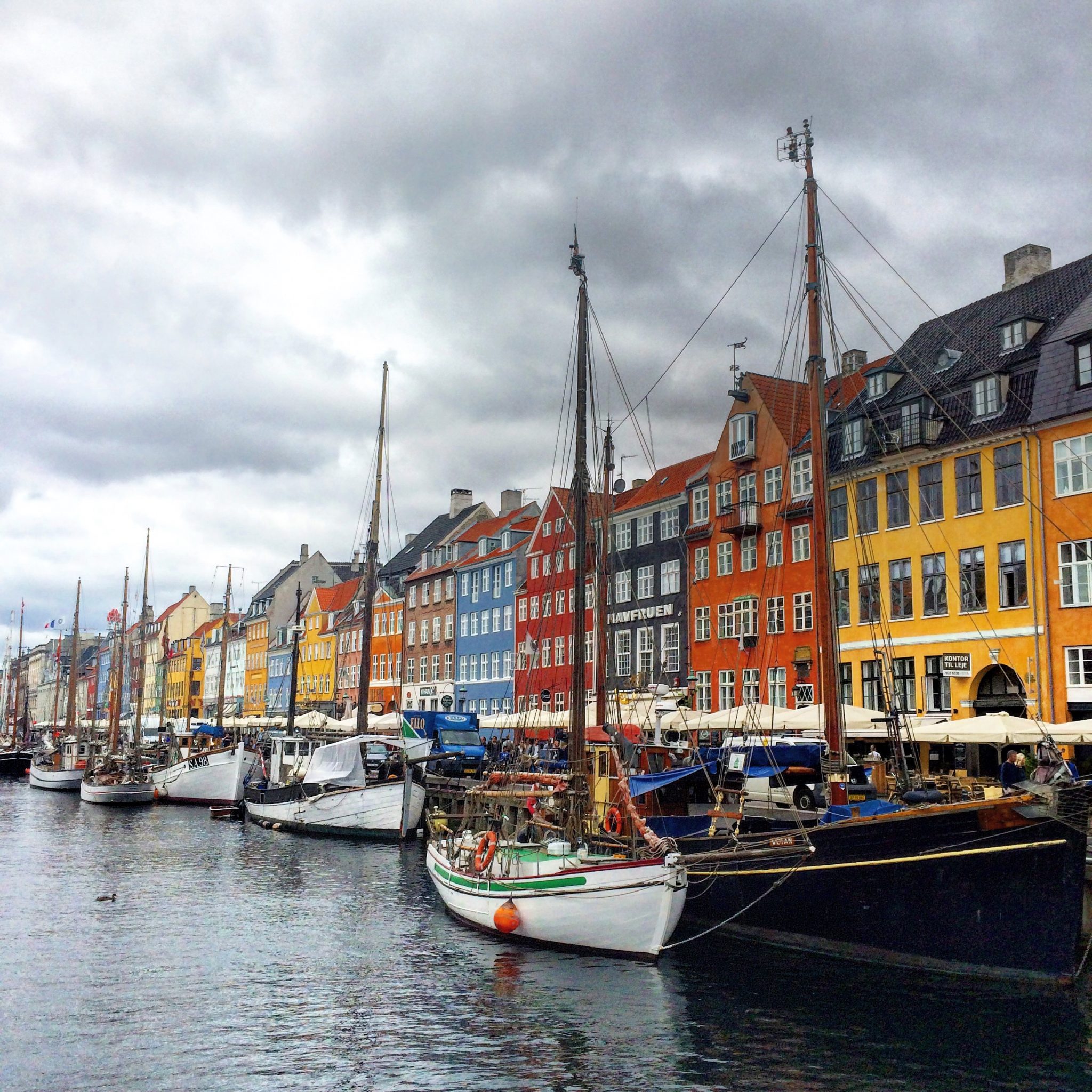 Born and raised in rural Michigan, she began exploring the shores of Great Lakes as a teen, often sleeping in her car to save money. Eventually, her urge to explore pushed beyond her Midwest borders. Today, Shalee shares her tips and stories to thousands of readers interested in adventure and outdoor tourism. Her pack now includes two spunky hiking cats and her partner, Josh. Learn more about her here.

Everything You Need to Know About the Eurail Pass