Pictures are worth a thousand words, but sometimes they’re worth much more.

Travel or not, we each have photos we cherish that capture a particular moment of happiness. Or perhaps a not-so-happy moment but a story that shaped the way we think or the way we are.

I often look back through my photos, each one special in its own way. However, there are a select few, which I’m sure I’ve shared with you before, that hold special meaning. Here they are: 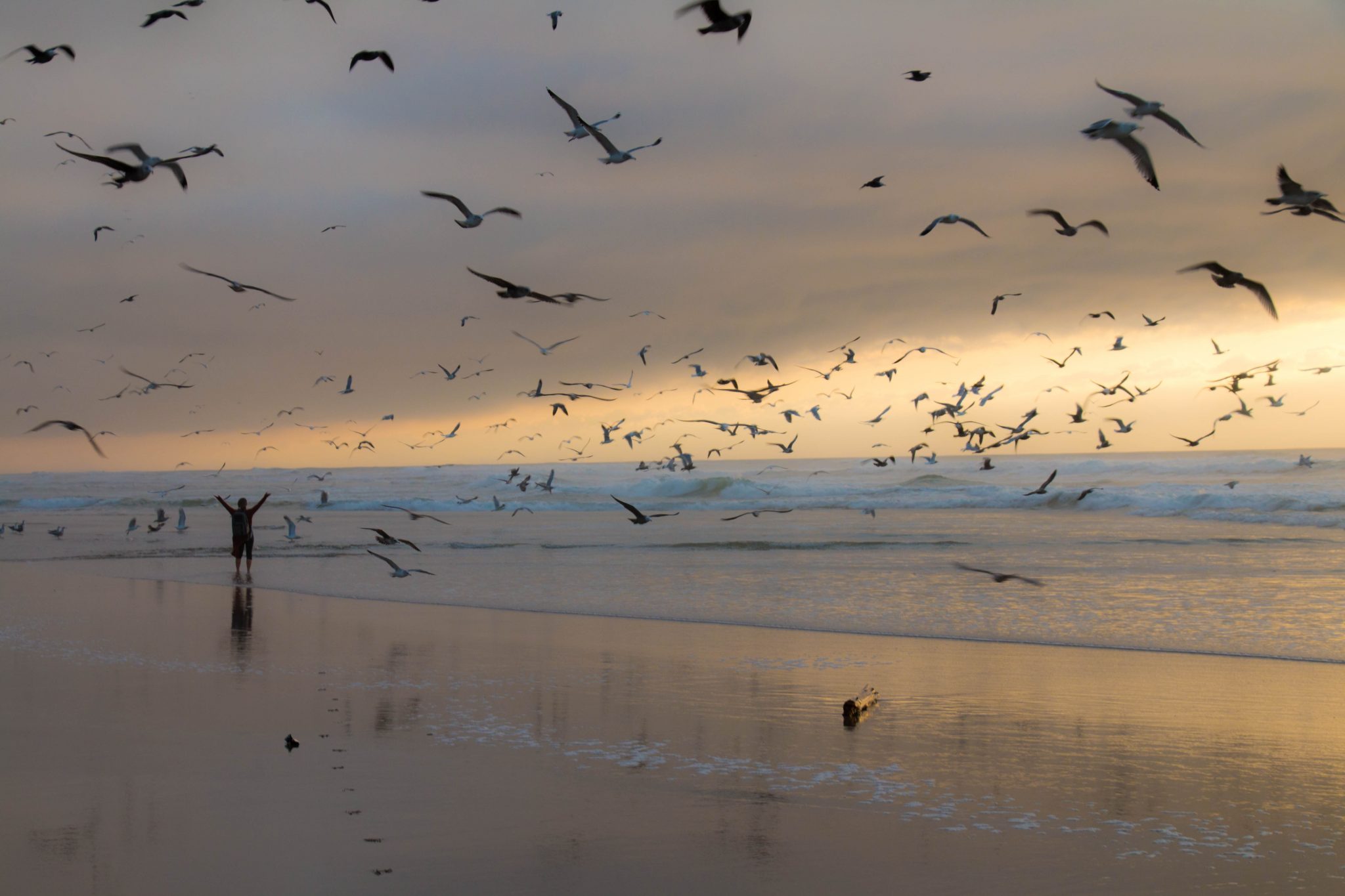 This picture was taken near Half Moon Bay on a section of California’s famed Highway One. That’s me in the photo, and a part of what makes it so special was that it was shot by my brother, Nash. Photos must run in the family because he has quite the eye himself.

We were in the midst of #Vanlife when Nash came a joined us for two weeks and were just wrapping up a multi-day adventure from Los Angeles to San Francisco via Route One. In this moment, everything felt right. The heavy rain that pounded California that winter eventually caused massive mudslides along the road, which has resulted in closures that remain today. We were one of the last groups to successfully travel the road before it closed.

As the sun set one day, we stopped along a beach covered in driftwood. A heavy flowing river blocked most of the beach, but we stripped our shoes and crossed to the side left abandoned by most visitors. I looked at my brother, handed him my camera, and ran into the birds. The photo I haven’t edited, because I just want to continue to feel that real moment and those real feelings whenever I look back on it. 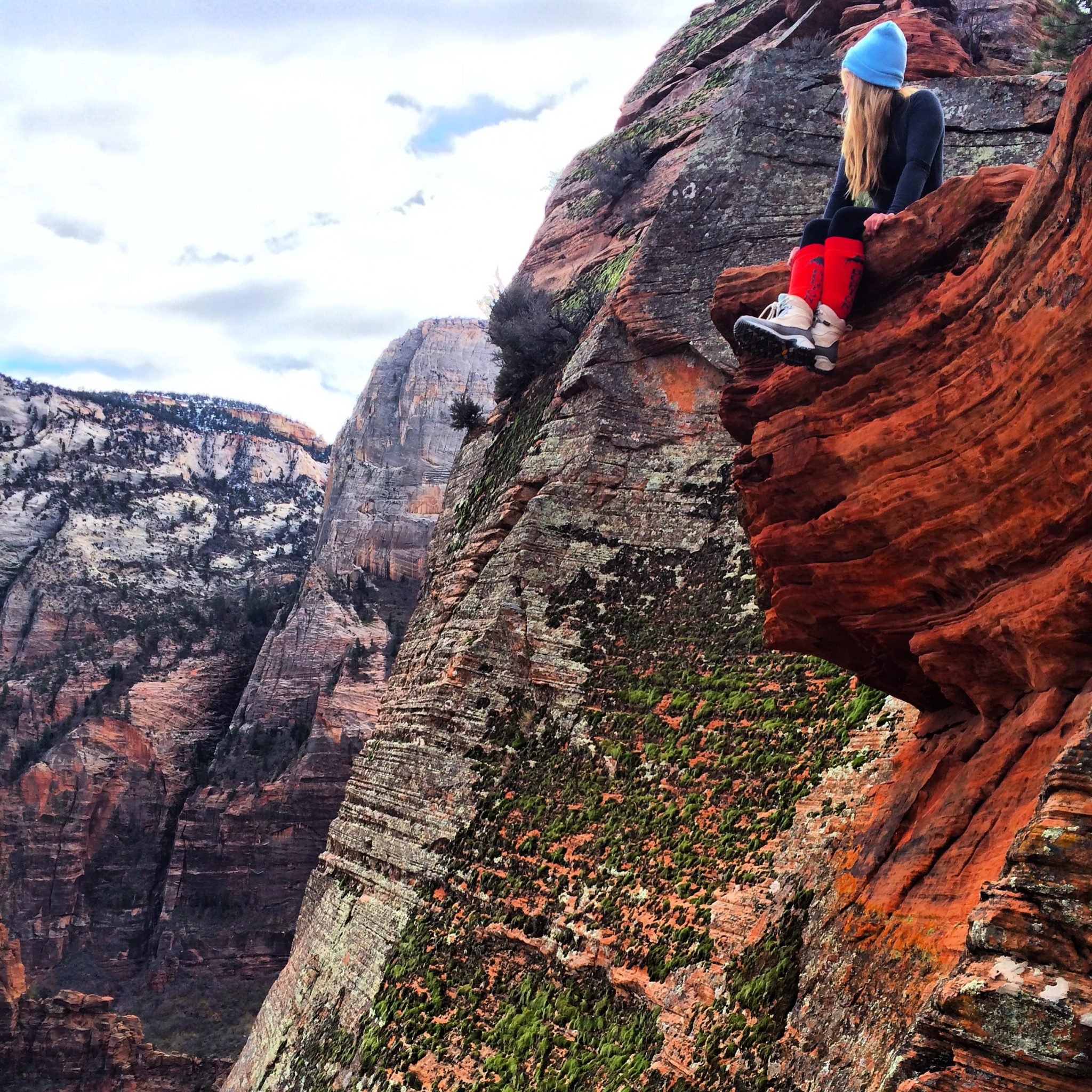 Two years after sitting in this spot, I returned to it and refused to do it again. Below me nothing but a thousand-foot drop to the valley below. Am I stupid? Maybe. I’ll let you decide.

You might not expect it by looking at many of my photos, but I have deep fears and anxiety and am often terribly afraid for absolutely no reason. But this photo shows a braver moment. There was a time I was afraid of virtually everything, but it’s remembering moments like this that remind me that fear is internal and limits are only something made up in our minds. 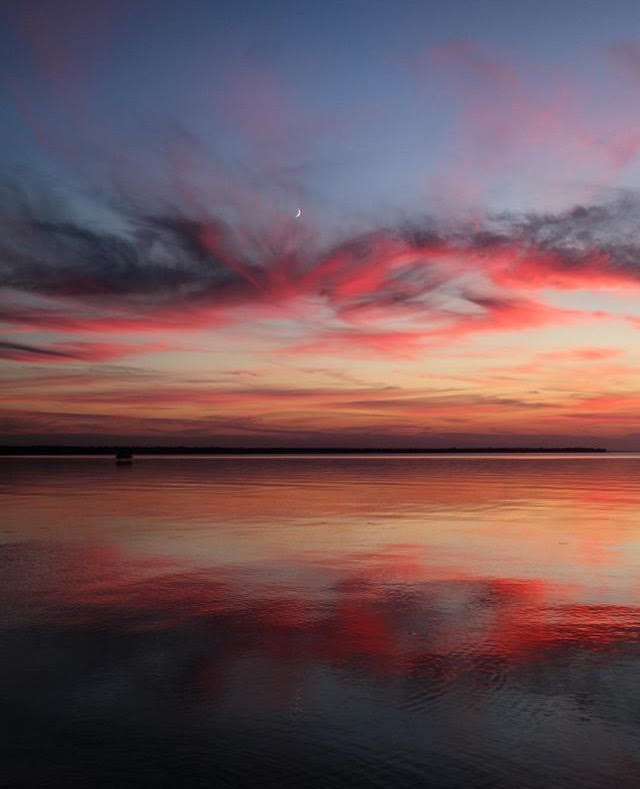 You will hear me argue until my deathbed that Michigan has the best sunsets on the planet. This one near Caseville, MI was one of my favorites. Maybe it helped that no one else was around except Josh and I, and the water was so calm it felt other-worldly.

In 2015 I posted in a Facebook group about cheap tickets to Iceland. Less than an hour later Josh and I, along with four other strangers had randomly booked a trip together at the end of August.

It was an incredible trip for a number of reasons. It was still one of my first big international adventures. The beauty was beyond compare to anything I’ve seen to this day (still my favorite country out of 30+). And it was one of the first moments I realized that I was going to make every single one of my travel dreams come true.

We can all thank Josh for a highlight of the trip, an Ice Cave located on a section of the Vatnajokull Glacier. He was stubborn and continued to search when the rest of the group had given up on the hopes of finding a treasure of such magnitude. It was one of my favorite travel moments. And I can now say I’ve peed on a glacier. WIN. 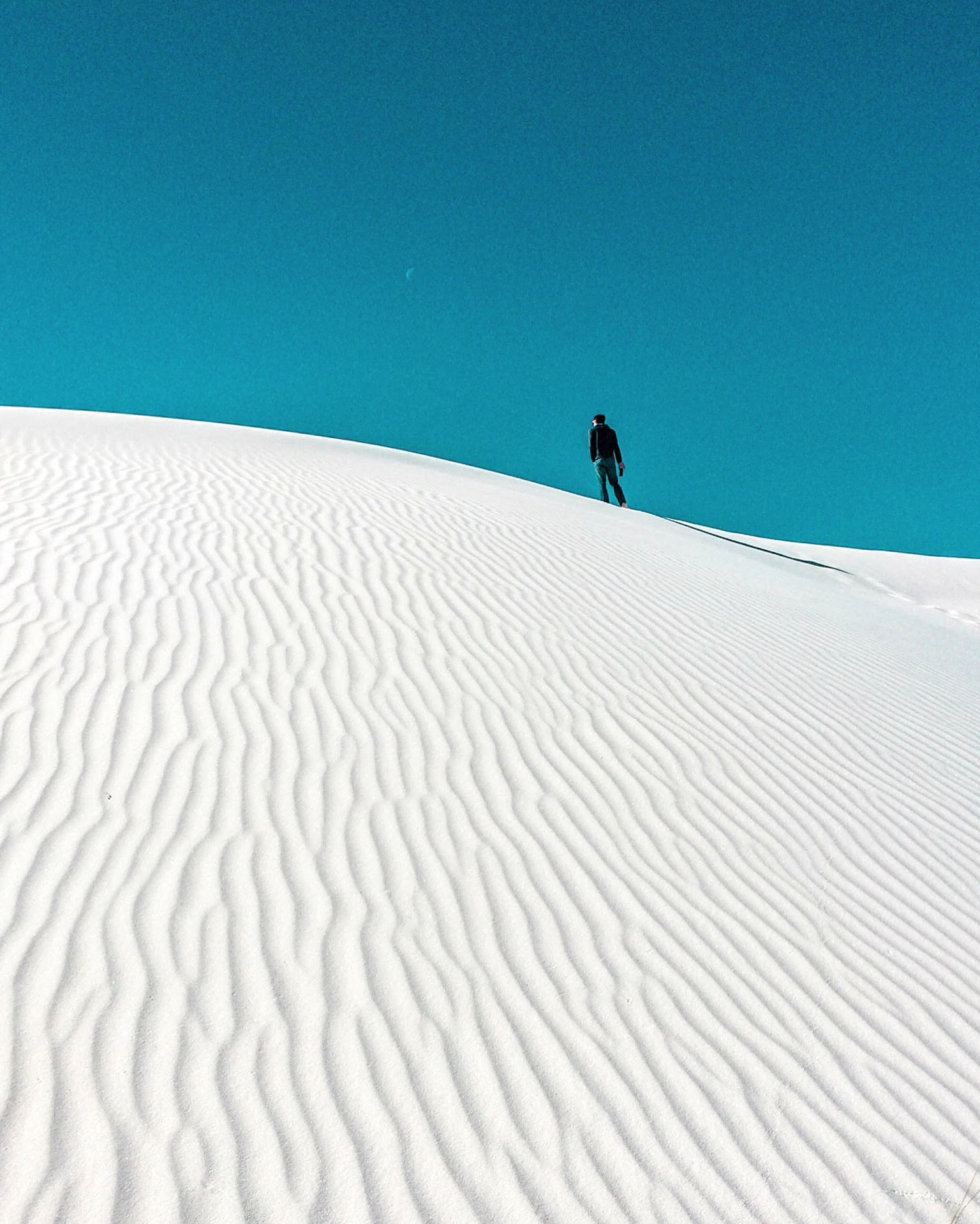 Not only do I think White Sands National Monument is utterly underrated, but it was a place of self-healing for me. Shortly after our van-home was broken into in San Antonio and nearly all of my important belongings were taken, we traveled here. I was heartbroken as my camera was stolen, but somehow my iPhone seemed to capture everything I needed it to.

Simply put, I was knocked flat on my ass days before and was questioning travel, people, and the general good of the world. But here, I was reminded that the world was absolutely beautiful, and that experiences were worth far more than any belonging.

We don’t do many staged “couple-traveling-the-world” photos, but the few we do have mean the most. I planned to travel solo before he came along, and I can’t believe he’s stuck around through the hangriness, mental breakdowns, and overdramatic-ness that is my life. 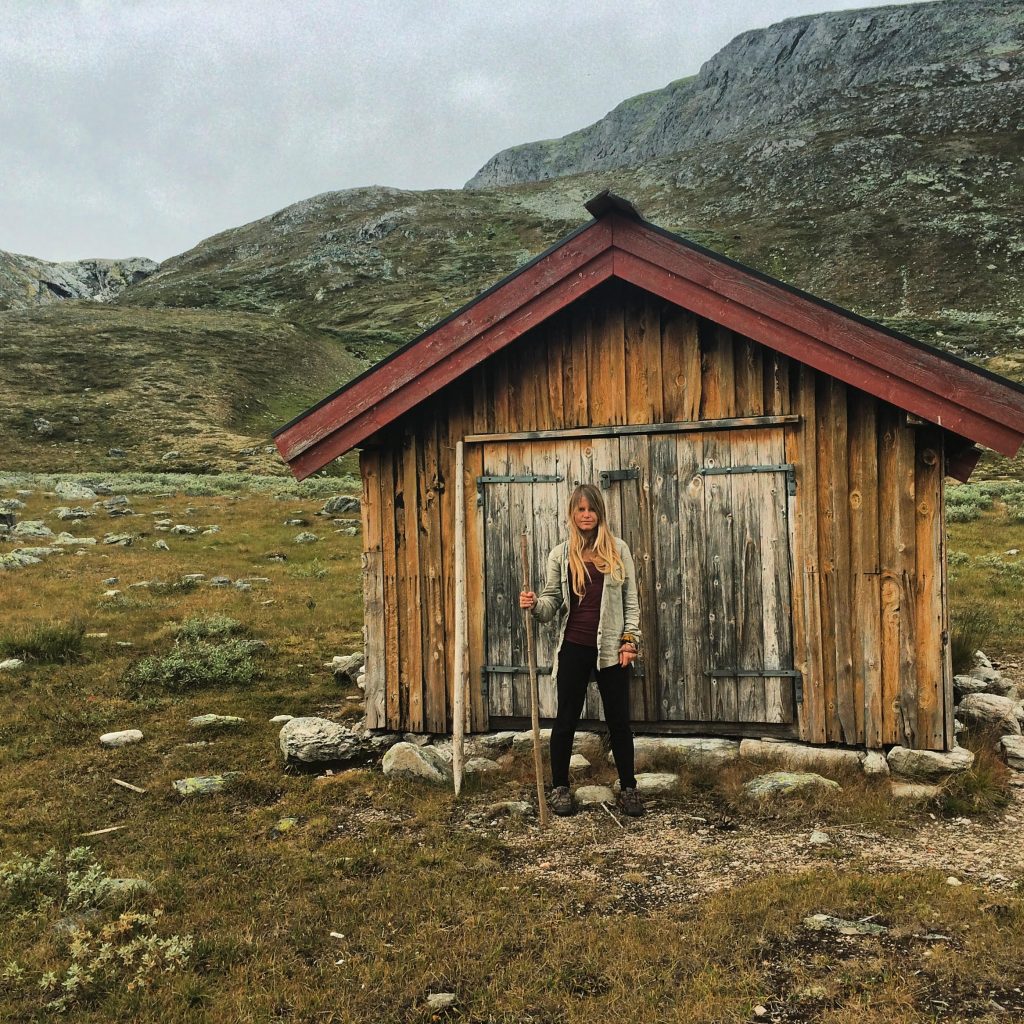 It might be because my outfit somehow decided to match the scenery, or maybe because this was the adventure where I came face-to-face with wild reindeer (SANTA HELP).

It was dreary and rainy when Josh and I hopped off at a rural train station in central Norway. There was a warming hut attached to the solo building with past notes of hikers who had spent the night out of the cold or who left behind hiking supplies. That night we hiked up rolling hills and pitched our tent amongst Musk-Oxen dung.

The following morning we began a long hike through the open tundra, climbing waterfalls and keeping an eye out for the endangered Musk-Oxen that roam the hills. The treeless landscape stretched for miles in every direction. Hundred foot cliffs in the distance seemed almost touchable. After hiking most of the day we came upon small fishing huts nestled around a lake. Three Norwegian Fisherman (and fisherwomen) were the only souls we saw that entire day, and who were quite perplexed how we managed to find the remote lake.

That night we lit a fire and enjoyed a meal of pita bread and bean soup. The end of a day we weren’t soon to forget. There’s just something about the adventures that take you into the true wild.

The evening I took this photo was one of my favorites in Europe. Lake Bled had long been on my list of places to visit and it not only met my expectations, it exceeded them. It was the semi-finals of the Euro-cup and much of the campground was watching the game on a giant screen. I took a few minute break from the action and headed down to the water with my camera.

The night was still and peaceful. It was one of those “pinch me” moments. Earlier that day we had swum from this spot out to the island. There was a wedding happening at the church, and it’s safe to say our bathing-suit clad selves didn’t quite fit in. But it made for quite an amazing day.

The photo captured an incredible moment. Just a moment of solitude in one of those places you always dreamt of visiting. 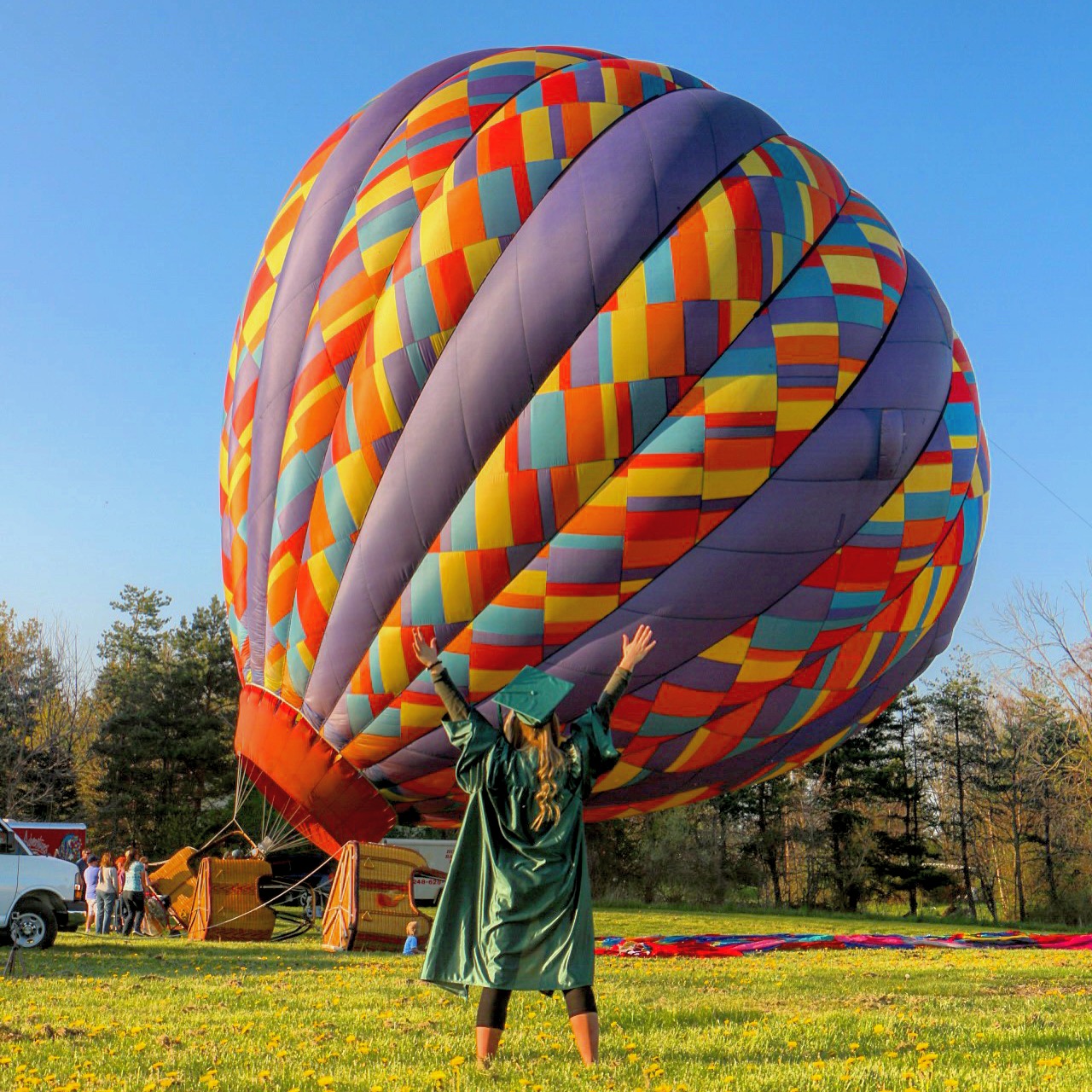 Graduating college in true Shalee style, I skipped my ceremony, bought a knock-off graduation gown, and jumped on a hot-air balloon ride with Sky Adventures. The moment I would’ve been walking across the stage getting my diploma, I was on cloud nine (literally). I was three weeks out from leaving on my three-month backpacking adventure and I was saying goodbye to the college years, and hello to the adventure I had been saving the last five years for.

Half Dome with my dad, 2012. My favorite photos tend to be the ones that aren’t too “professional” as they say. Focusing too much on getting the perfect shot can lessen the meaning of the photo. To this day my favorite moment is one of me on top of the Half Dome with my dad back in 2012 shot on my iPhone.

We trekked and worked harder on this day than I ever thought possible. Neither of us had a clue about hiking or elevation. We were one of the first on the trail that morning and one of the last to return. We were completely under-prepared. Back home our lives were a complete and utter mess, but here, for just a few days, the universe felt perfect.