THE BEST PLACES TO VISIT IN THE UNITED STATES

I'm not exactly sure how it happened, but somehow I've ticked off 42 states on the United States map.

You know what that means, right?

I've got 6 1/2 years to hit the last eight to complete 50 states before I turn 30. Challenge accepted.

In my times venturing around my home country, I've come to love a lot of places and hate only a select few.

Like Miami. Miami sucks. A major tourist location with not a lot of public restrooms which then force Shalee to pee in a bush at the Ritz Carlton before her bladder explodes. Not to mention it's expensive, and everyone wear six inch heels at 10am.

But the majority I love. The United States is a vast country with some of the most diverse landscapes on earth. From red rocks to sandy beaches, and white dunes to coastal lighthouses. These are my top six favorite places in America (so far): 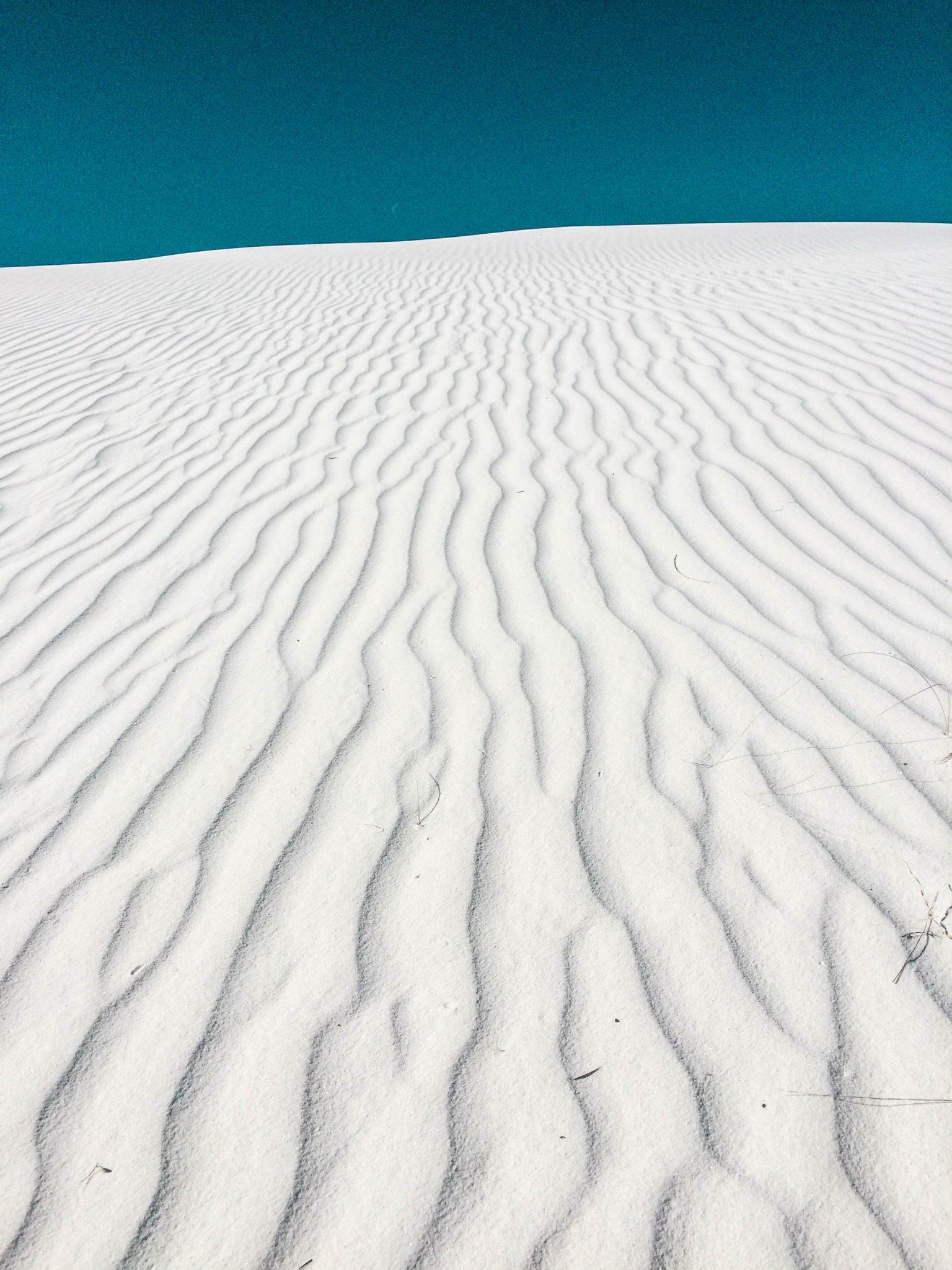 One of the few times in my life you *won't* hear me complaining about sand in my pants. White Sand Dunes National Monument in Southeastern New Mexico lies deep in the desert and appears almost as suddenly as it disappears.

Before visiting, I saw many photos of the area but always wondered whether or not photos were edited to make the sand appear snow white.

If you're wondering that too, they aren't. The sand is actually that white. And it's FREAKING amazing.

The Alkali Flats Trail is a five-mile loop trek that takes you deep into the sandy dunes. So far, in fact, that you'll feel completely marooned. Nothing but red trail markers to dot the never-ending white landscape. A must for those looking for a backcountry experience.

Everyone who visits must watch a sunset here, one of the most popular activities. The sun setting over the desert mountains beyond the dunes is a sight straight out of a fairytale. 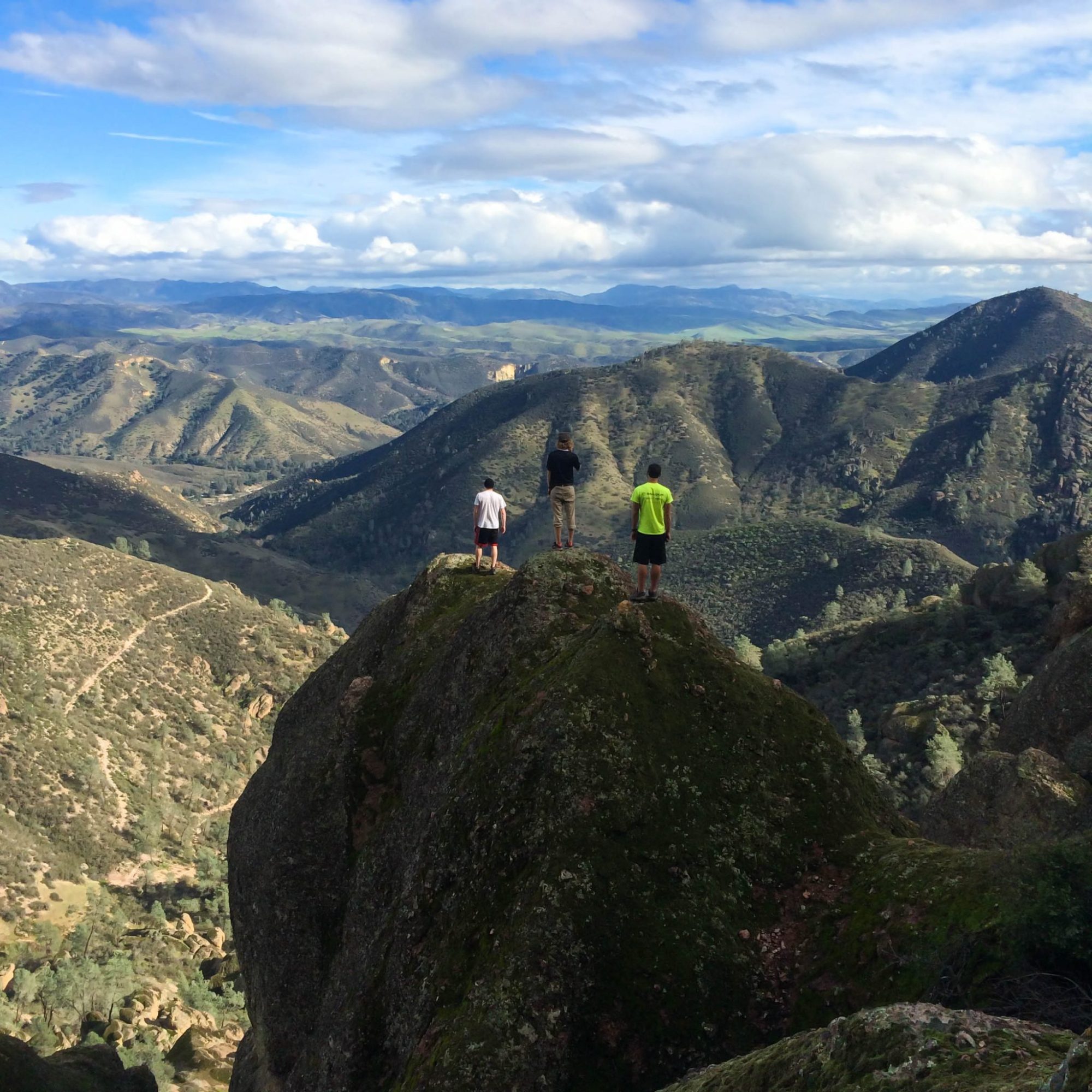 One of my most recent adventures took me to Pinnacles National Park in Central California. It is the newest national park, only established in 2013. Before that, it was considered a national monument.

California's National Parks are famous throughout the country, but Pinnacles is often trumped by places like Yosemite and Joshua Tree. Those places are just as amazing, but Pinnacles lacks crowds and tight restrictions.

Like Yosemite, Pinnacles has rock climbing and mountain hiking. Except here there will be no waits for the climbing routes or crowded hiking paths. Being here in January, on the main trail we only encountered two other hiking groups.

Pinnacles also has deep canyons and caving, which was an unexpected surprise to us when we visited. In the rainy season, prepare to wade through near-freezing water in narrow canyons and follow waterfalls deep underground. However, don't watch the movie The Descent if you plan to do this. Trust me. 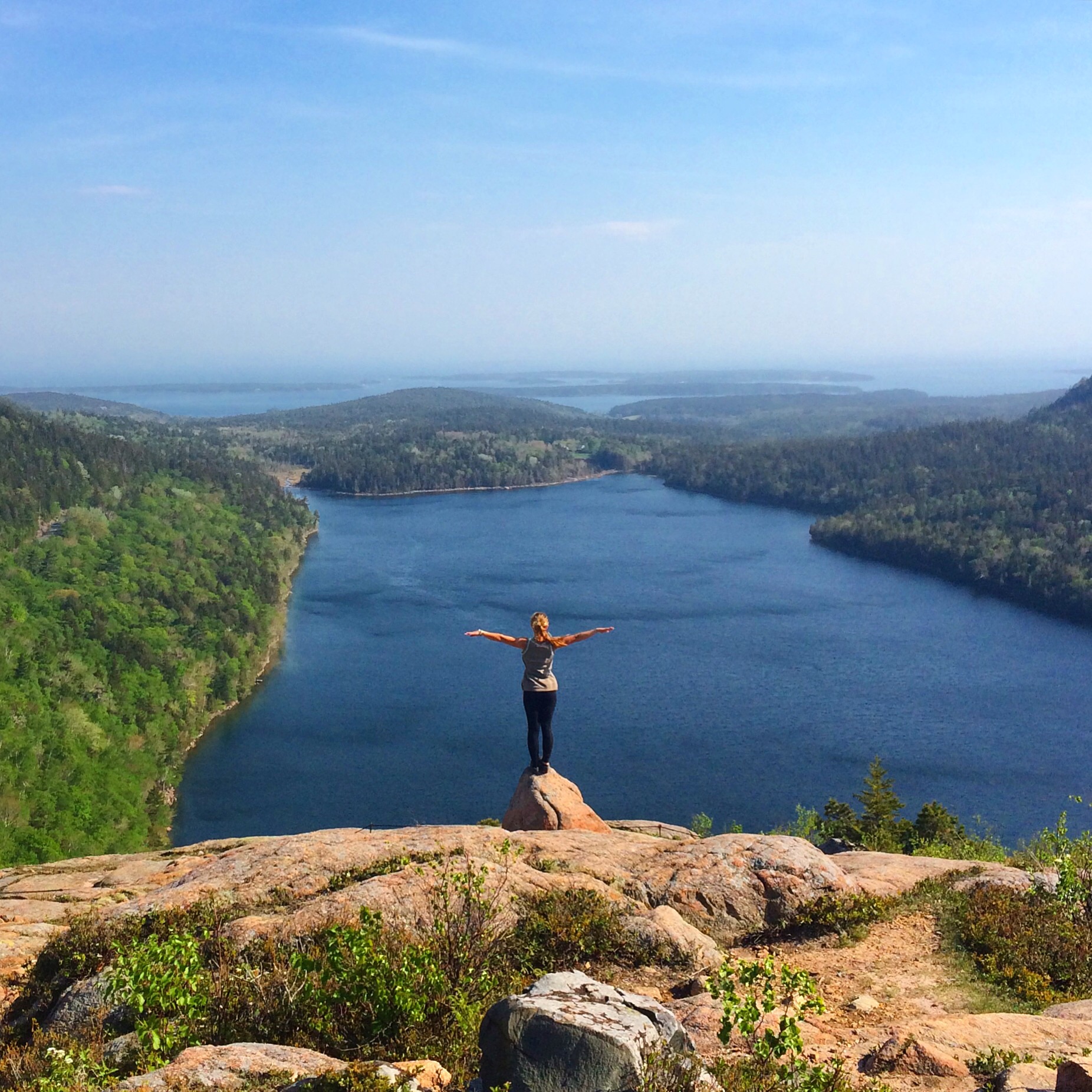 There isn't one section of the Maine coast that isn't as beautiful as the next. Arcadia National Park=stunning. Portland Lighthouse has to be one of the most beautiful lighthouses in the country. Although extremely rich and fancy, York Beach will make anyone jealous that some people get to call that beautiful place their home.

Bubbles Trail in Arcadia hosts some of the most peacefully breathtaking views. From the top you first view an inland lake, with the Atlantic Ocean situated in the distance beyond the coastal mountains. If you go during the right season, you can hike the Precipice Trail, known to feel more like a Via Ferrata on the side of a mountain. I have yet to complete it, but it's on my list.

Maine sits at the top of my favorite states. The overall beauty of the state remains extremely underrated for those outside of the Northeast. I don't want to give away too many secrets, but don't miss it before the rest of the world finds out and then tour buses start swarming. 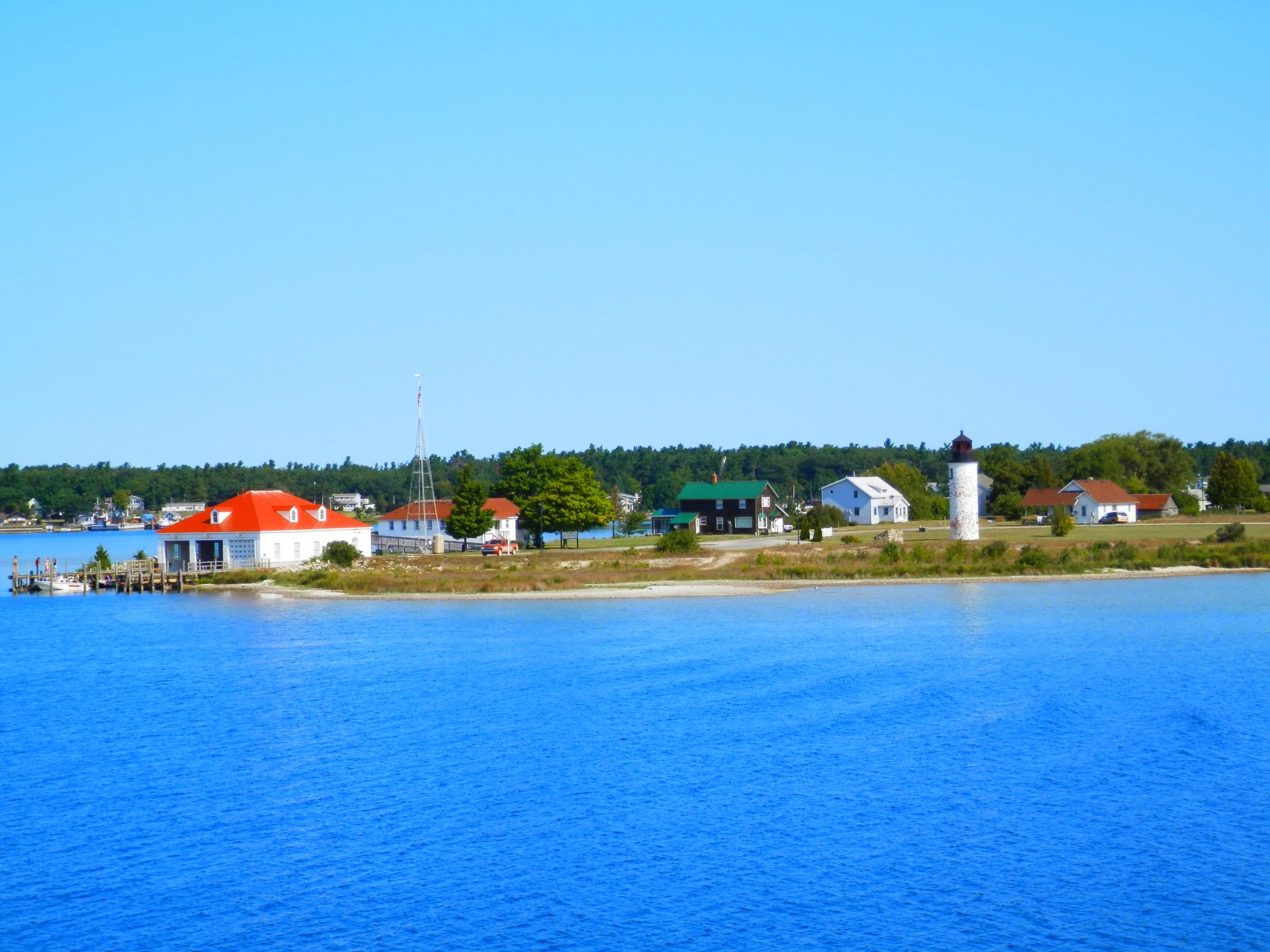 My love for my home state never fades, no matter how many beautiful places I see. Beaver Island, located in Northern Lake Michigan, has had my heart since I was a little girl.

The island has one town, mostly dirt roads, great paddleboarding, and the best sunsets in the world. It's the place I first drove a car (badly, I might add), a place where time doesn't exist, but mostly a place I know I can go whenever I need to detach from the crazy world on the 'Mainland'.

There are miles and miles of beaches with no crowds, good food without a hefty check, and a tight-knit community that welcomes everyone to their home.

However, if you plan to be obnoxious, trash the island, and have no respect for it, the islanders won't be afraid to kick you out. And I'll help them. Don't try to ruin BI. And don't mess with BI. 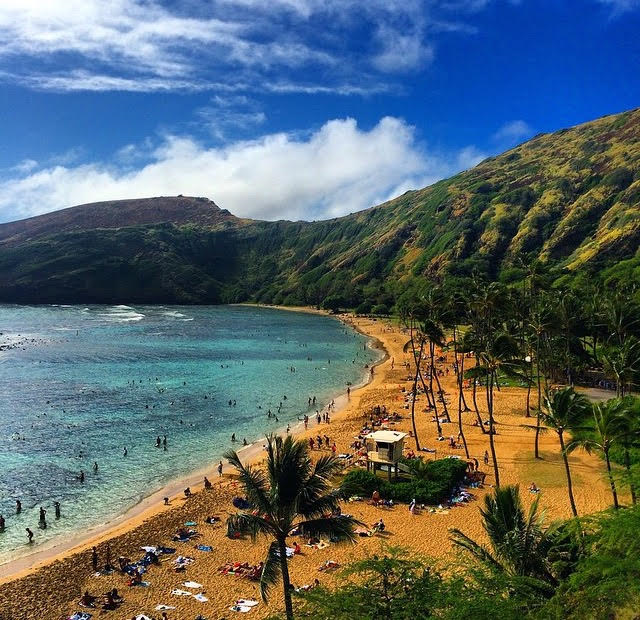 It's been TWO YEARS since being in Hawaii and I think I'm still having withdrawals. If it wasn't in the middle of the Pacific Ocean and expensive I would be there on a yearly basis.

Although I love Oahu, I hated Honolulu. And Oahu is the only island I have been to on Hawaii, so I think it's easy to say I am dying to get out and explore places like Kauai and The Big Island.

The hikes here are astonishing, the coast beautiful, and the ocean...AH...the ocean is crystal clear and perfect for surfing. What more do you want?

If you hate swimming above sea turtles, lying on an 80-degree beach in January, hiking through lush green jungles, and eating delicious Brazilian cuisine from the food trucks on the North Shore, then don't go, you'll have a horrible time. 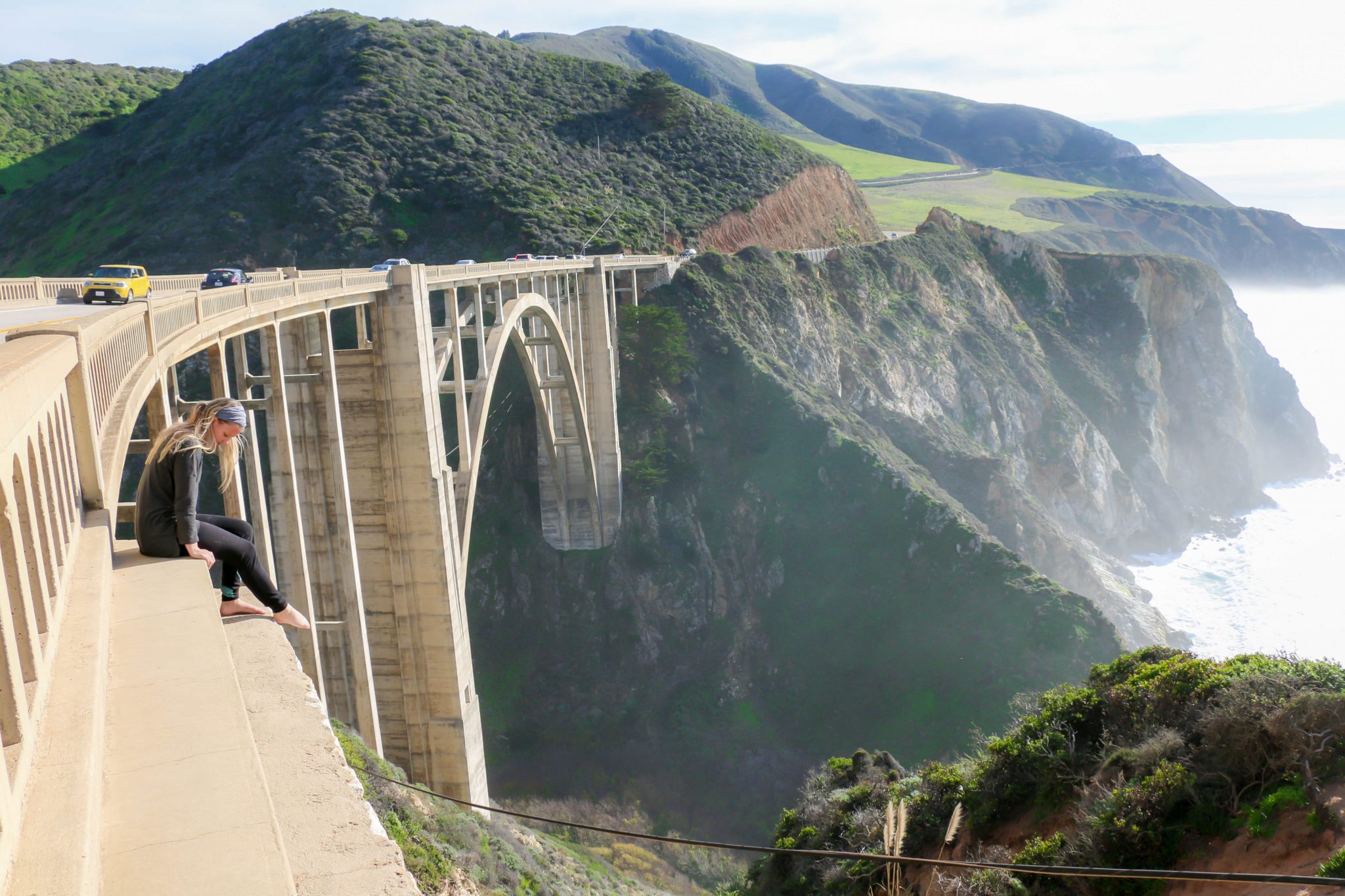 You obviously know I love it, as I just dedicated an entire post to the beauty within the winding coastal road.

Actually, I'm not even going to explain it further. If you want to read about my experience click the link above to read how I fell in love with Big Sur and the Pacific Coast Highway.

Washington, Idaho, Montana, North Dakota, Alaska, North Carolina, South Carolina, and Kansas are the last states to black out the rest of my U.S. map. In those regions, I know there are many more beautiful places to come.

So here's to more adventures, more places to fall in love with, and *hopefully* only a few more to hate. Truth is, the United States is breathtakingly beautiful. Let's not forget that.