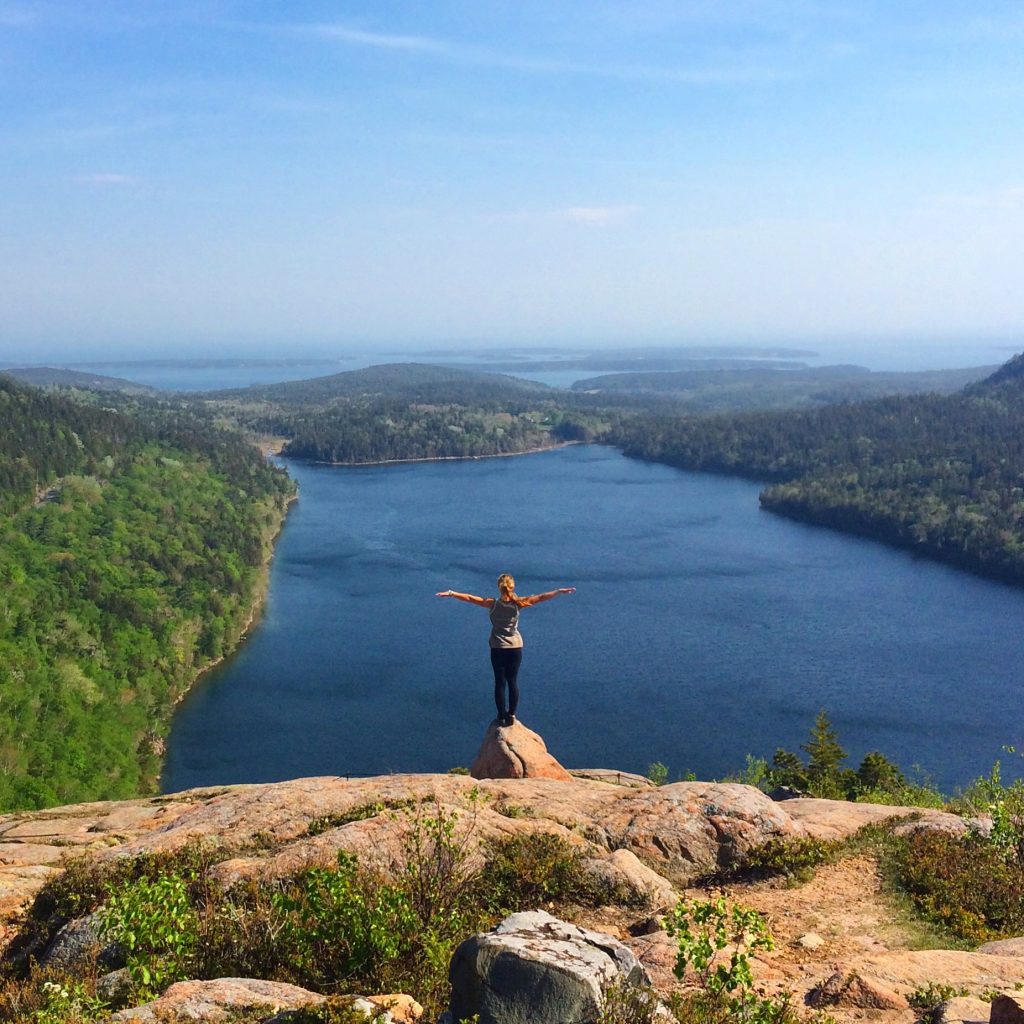 If you follow me on social media, you've seen how much I absolutely loved Acadia National Park (and Maine in general). There are a lot of states I visit and love, yet don't consider living there. Maine, however, is definitely NOT one of those places.

I actually found my dream house in southern Maine. Right on a rocky shoreline overlooking the Atlantic. I think it'll only cost me $700,000 or so, which means I only needed to start saving at birth to afford it by the time I'm 50. Ya know, maybe I'll stick to the budget travel thing instead.

Although the time spent in Acadia was relatively short and sweet, Josh and I killed it with trying to see as much as possible...even if I got sick the only full day there. WHY ME. Ain't nobody got time for that.

Of course, anything hiking and adventure was on our agenda, and Acadia has enough hikes, trails, beaches, and mountains to keep an outdoorsman entertained for weeks. When we arrived the first night, just as the sun was setting, we took a short trail hike that overlooked Northeast Harbor near Thuya Garden. Very small, but the cove views and rustic shelters are a perfect introduction to the area's beauty. The motionless water perfectly reflected the boats, houses, and trees that lined the shore. 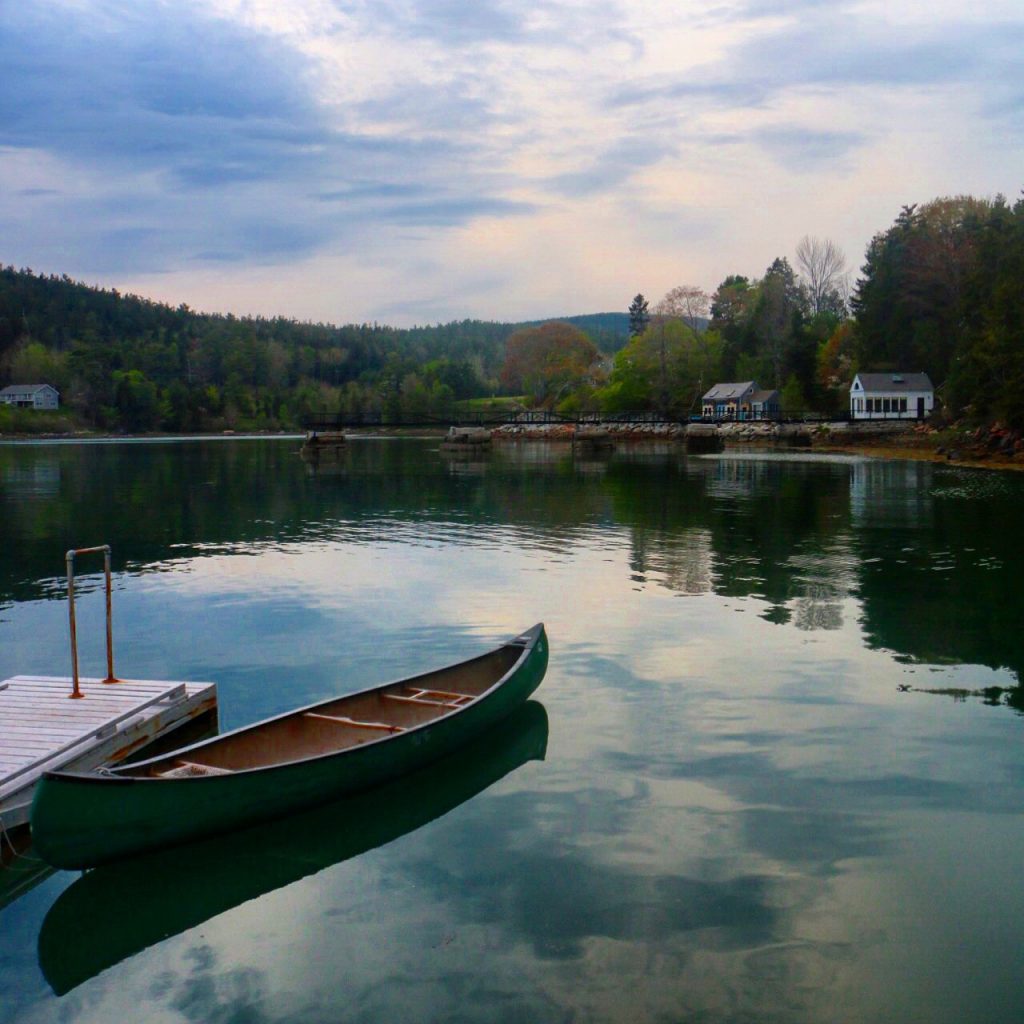 After researching many, many campgrounds in and around Acadia, we went with Blackwoods. After looking at so many options, I was worried that we made the wrong choice. However, the campground was quiet, affordable, and perfectly located just a short walk from the ocean.

Besides watching a drunken fight and arrest next to our camp (do people actually come to national parks to party? Like is that a thing?), we would return to the campground without second thought.

The next morning we had planned to drag ourselves out of bed for sunrise....which is at 4:50am in late May. WTF. Sun...why don't you sleep in?! Rain delayed our morning adventure, which made me thankful and bummed. By 9:00am the rain had dwindled and we were headed toward Great Head Point, a hike which brings you to Sand Beach and then out to massive sea cliffs where adventurers can explore and relax. 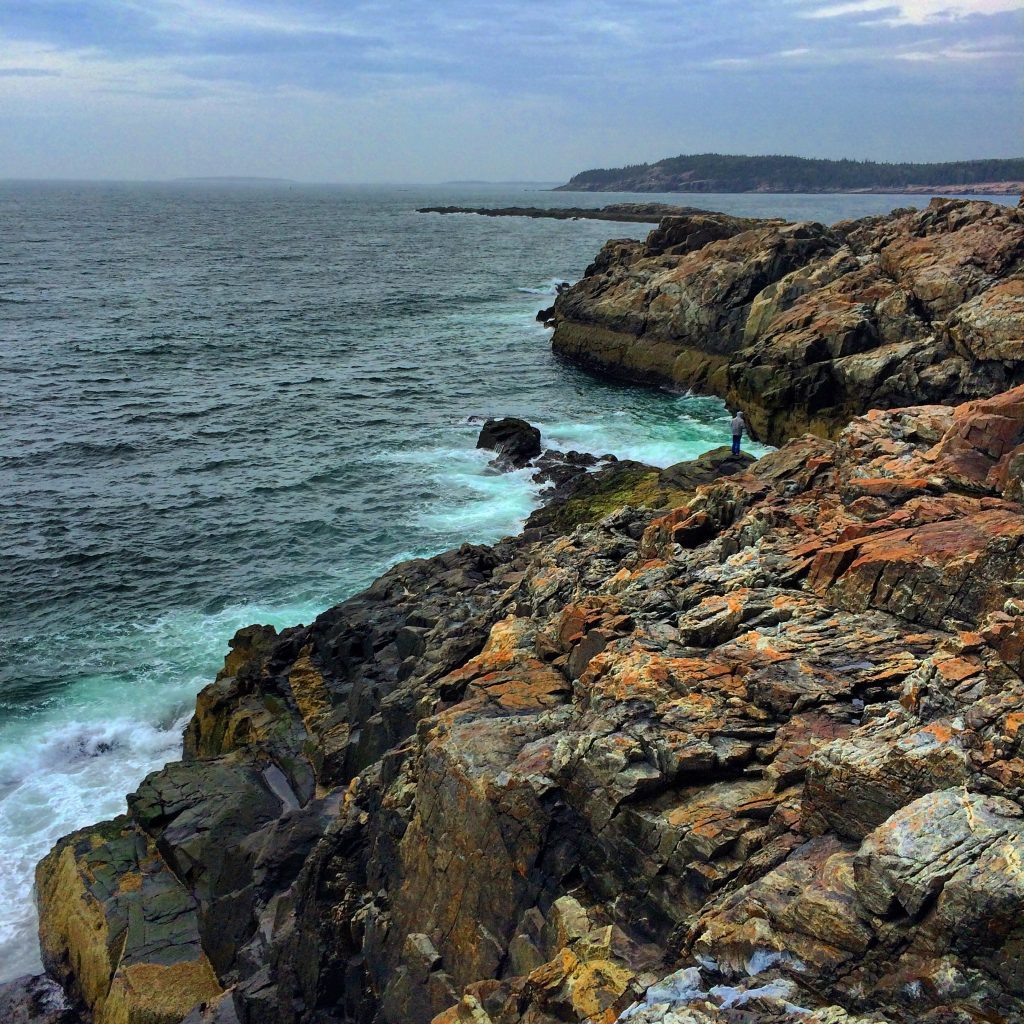 By the end of the hike, my sickness had gotten the best of me. I was only mildly pissed at the world for being so cruel, which meant I needed a relaxation stop. Jordan Pond is a postcard-worthy lake that provides stunning views of North and South Bubble Head. I guess there is a restaurant near the lake, but take the nearby trail away from the crowd so you can enjoy the peacefulness without interruption and mobs of tourists.

If I would have been feeling sick around a crowd I may have thrown someone's selfie stick in the water.

Jordan Pond was a little healing medicine, which gave me enough energy to continue without ending up in NPS jail for destruction of property.

From there we drove to the top of Cadillac Mountain, the highest peak in Acadia. If you follow me regularly, you know this is SOOO not my style. Driving up a mountain is totally cheating. I cringed knowing we had to do it. Time was tight and for the next few days we were doing nothing but climbing mountains in the Appalachians...that's an excuse I give to make myself feel better. Don't tell anyone I did that. 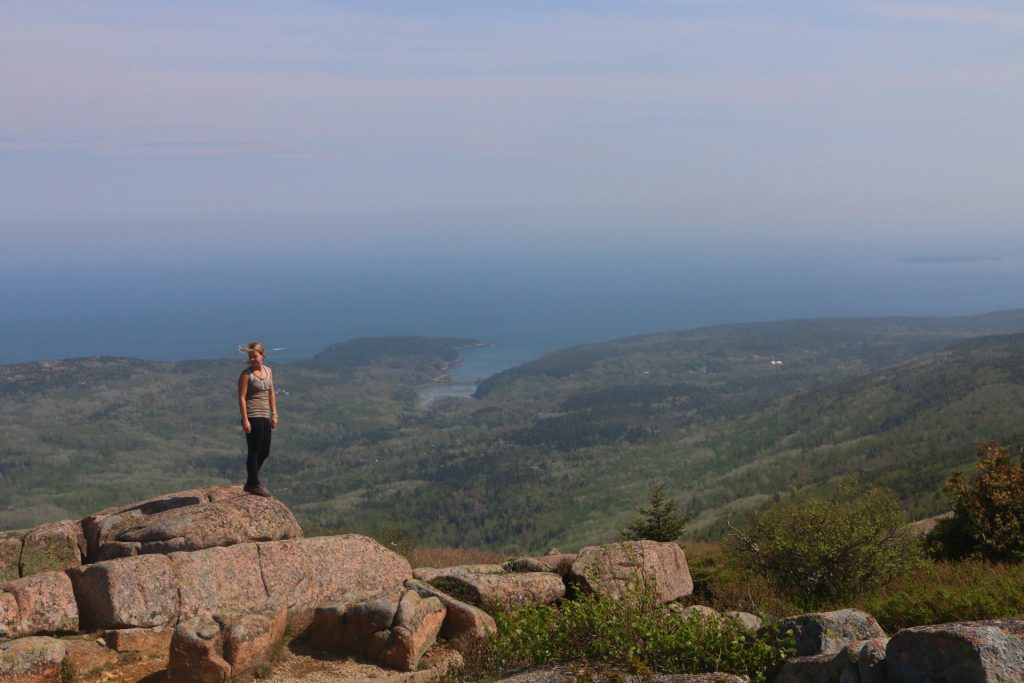 South Bubblehead is not an extremely tall peak...but the views are killer. Absolutely a million times recommended. At the top, the famous Bubble Rock balances on the edge of a 400-foot cliff. Pictures can deceive the massive boulders true size, so it looks like you'll have to go see it for yourself! The southern point allows you to overlook the Atlantic and Jordan Pond. It was quite spectacular looking down to see where we had eaten lunch along the pond just a few hours earlier, not knowing that soon we would be standing on this peak.

We continued and finished the loop around the park with time to spare for a quick ice cream stop in Bar Harbor. If you have this idea, prepare yourself...almost 5 dollars for a small scoop. Excuse me, while I go try not to have a stroke.

The Bar Island trail near downtown is extremely popular and unique. Bar island is detached from Mt. Desert Island during high tide, but attached by a sandbar at low tide. Some tourists think it's fun to drive their cars onto the sandbar, which seems awesome until the tide rises sooner than expected and their poor Ford Focus rental is taking a dip in the Atlantic. Oops. 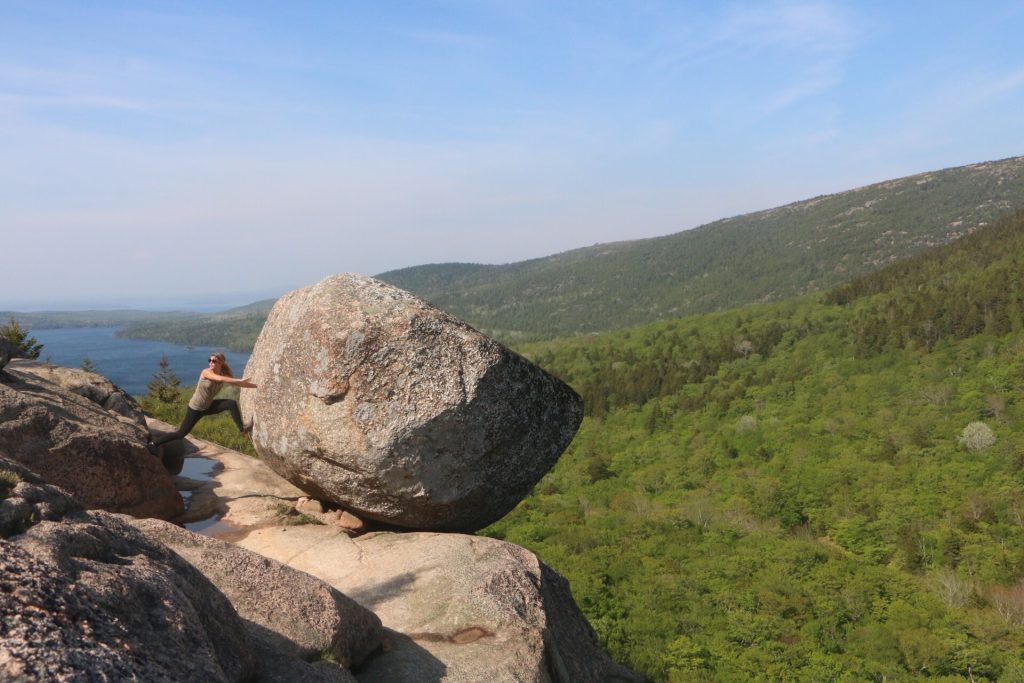 The biggest upset of the trip was not being able to complete the Precipice trail hike. This was the one trail we picked out to complete while visiting. Unfortunately, the trail is closed from late spring until mid-August because falcons nest there. Really?! That's like the entire tourist season! Platinum pissed. But it just means we will have to return sometime in the fall.

The trail is supposed to be the steepest, most difficult, deadly and breathtaking hike in Acadia. Definitely my kind of style! I'm still heartbroken.

I'm ready to go back. I was ready to go back the moment we left watching the sunset. Acadia was placed in my heart as a small child when my parents would tell me stories of their travels to the park before they had kids. I am beyond thankful I finally received the opportunity to go. What a fantastic and magical place it was.

Have you ever been to Maine or hiked the Precipice?