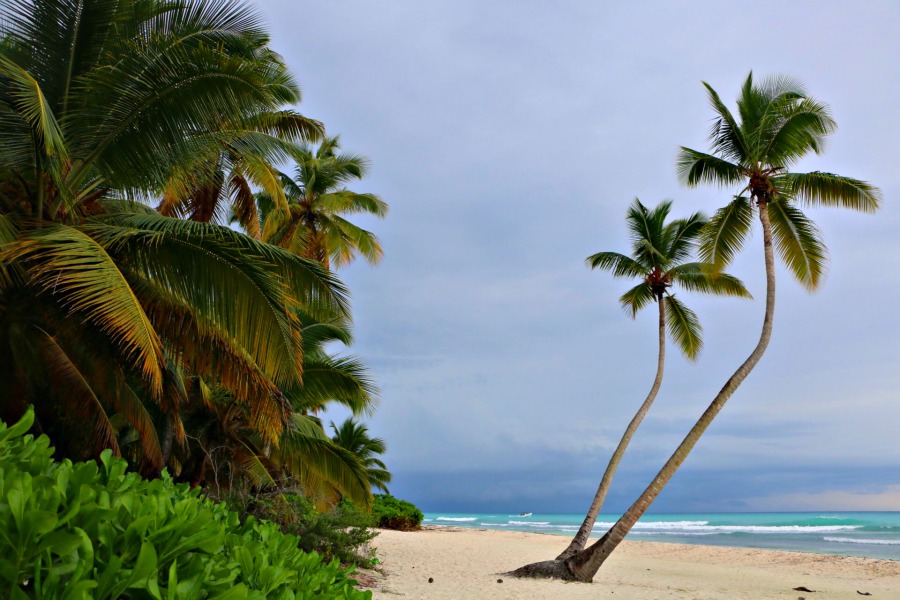 I would be lying if I said I didn’t recently enjoy a week in paradise at an all-inclusive resort in the Dominican Republic.

Weird, right? Not usually my thing.

Being a lover of beaches, when the opportunity arose to spend some time on some of the world’s most beautiful sandy shorelines, I couldn’t resist. I was in the midst of a hellish semester, working more hours than I could handle, and writing day and night. I needed a break. I needed to stuff my face with pork, chocolate, fruit, rice, chocolate, pasta, bread, steak, nachos, and chocolate. 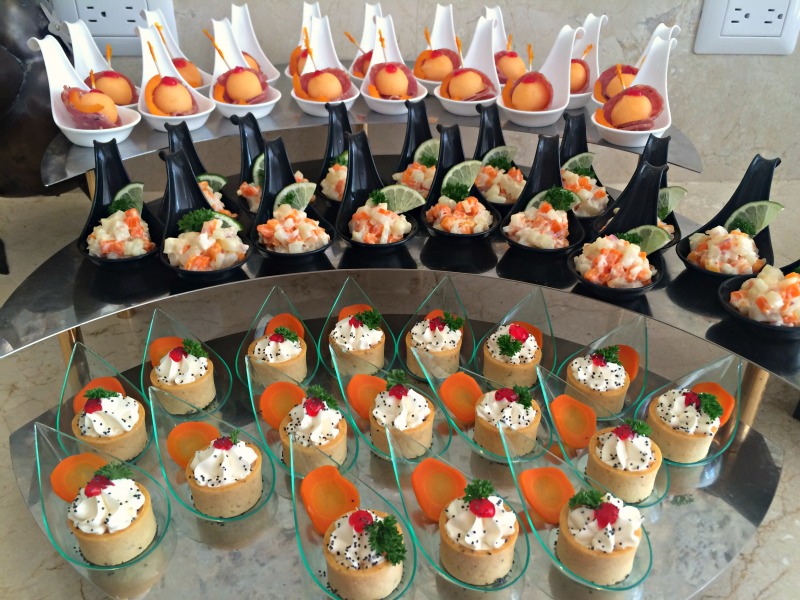 On a random day in mid-October, Josh and I found a Groupon deal for an all-inclusive resort in the Dominican Republic. Done and done. It didn’t take much convincing for either of us.

The price was ridiculously cheap for a high-end resort right on the beach. 7 nights all-inclusive + airfare cost as much as a typical airplane ticket would cost to the Caribbean.

Be Live is an all-inclusive resort that originated on the coast of Spain and now hosts locations around the Caribbean and Western Europe. Yes, all-inclusive. No paying for meals or drinks. So be prepared to get fat, drunk, and happy.

We arrived to Be Live Canoa at 1 am, with our eyes crusted halfway shut and my temper almost to the edge after dealing with many families who were the epitome of typical American tourists. I have to admit I was afraid that we would be surrounded by them for an entire week, those who care nothing about culture, people, or places, and only care about posting selfies on the beach in an attempt to make themselves superior to their friends back home. Gag me. 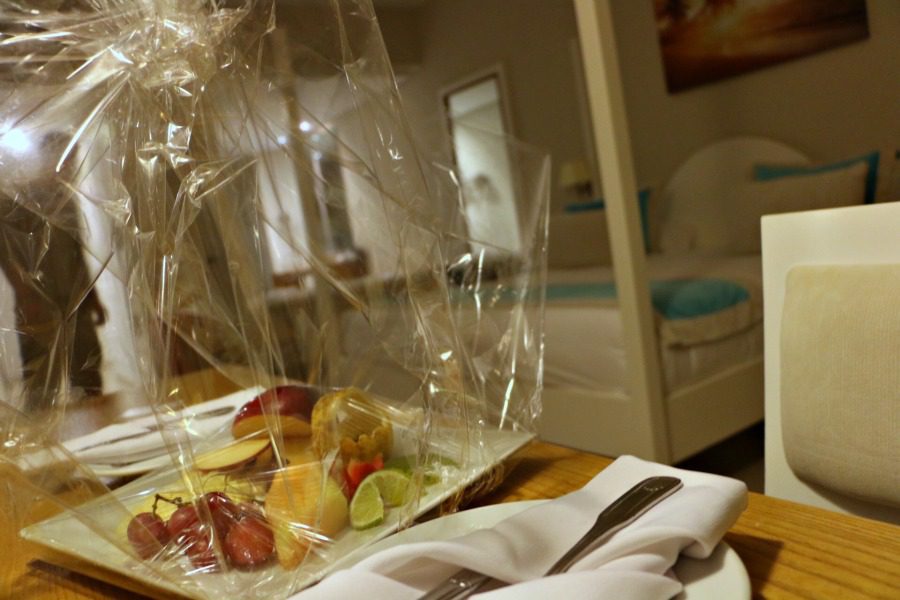 After a long check-in process, we arrived at our ‘master junior suite ocean view’ room with a welcome fruit platter and a bottle of champagne. Woah.

Wait, so we get to sleep here tonight? In a fancy bed? No tent to set up? No cold pizza to down for the third night in a row? I can dig it.

The resort grounds were fantastic, with a beach that included dozens of beautiful palm trees straight out of a postcard, beach beds in the VIP area, faintly glowing vine tunnels, and lighted palm tree trunks for the festive Christmas season. It was not lacking in activities either, with a daily schedule of something going on at every single time of the day.

Long story short I was pulled into Miss Bikini by a worker when walking by. As soon as I learned that after strutting around and posing for the crowded pool you were required to twerk for everyone to a Rihanna song, I booked it. I out-ran the MC who was following behind me, while I was carrying my giant camera and the audience watching. Pretty sure there was some arm flailing involved. S.O.S. 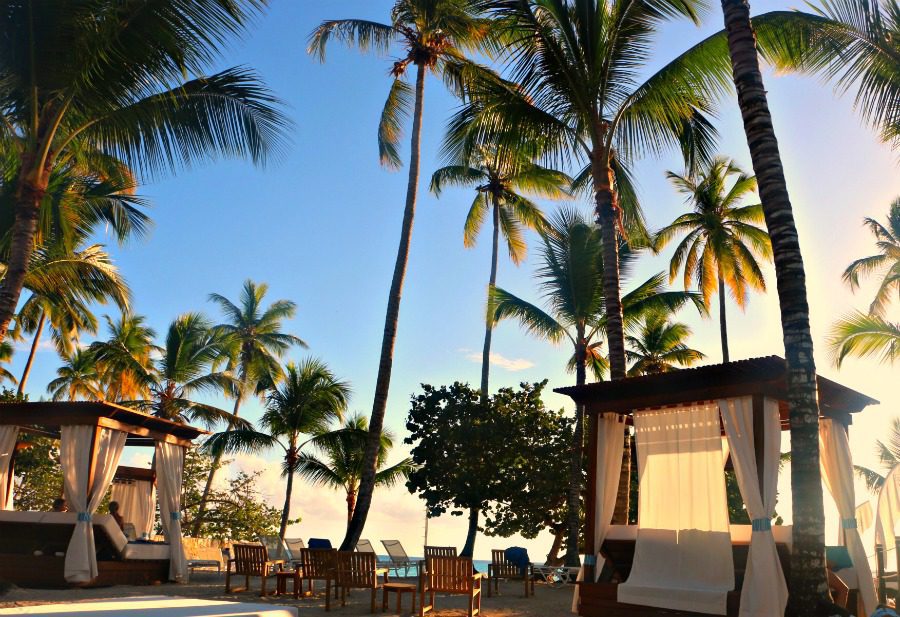 We played beach volleyball every day, and foosball every night. It is actually quite impossible to be bored and is far from a lay-on-the-beach-all-week resort style.

We quickly discovered that Americans were not the majority in this resort. In fact, only about 10% of vacationers were Americans. France, Germany, Brazil, Argentina, and Spain natives were all common. We weren’t complaining, and it made it a not-so-typical resort experience. Although the many different nationalities created a communication nightmare.

Every time we would hear an American accent we would perk up and search for where it came from. Barely anyone spoke English, even many workers. I would have been completely screwed if Josh wasn’t a decent Spanish speaker. It was an experience we weren’t expecting and only added to the resort culture. 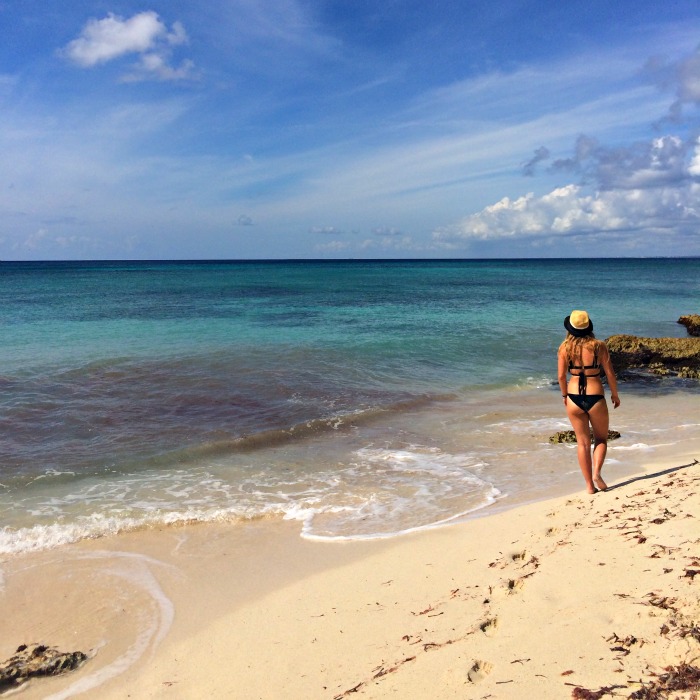 Be Live Canoa is prime resort real estate. It’s located in a rural area, far away from the heavy tourist zone of Punta Cana. It sits just east of Bayahibe, a small coastal town on the south of the island. One of the island's National Parks was located less than a mile down the beach. We escaped the craziness of a crowded resort and walked for miles almost completely alone on beautiful palm-lined beaches. The only other people we passed were an older skinny-dipping couple, and a couple of police patrolling with their massive guns.

The shoreline turns into tide pools. Anywhere you go into the ocean, it can be snorkeled with patches of coral reefs. Catamarans, fishing boats, and sailboats are always passing by on the turquoise horizon, giving it the true feeling of a Caribbean paradise. 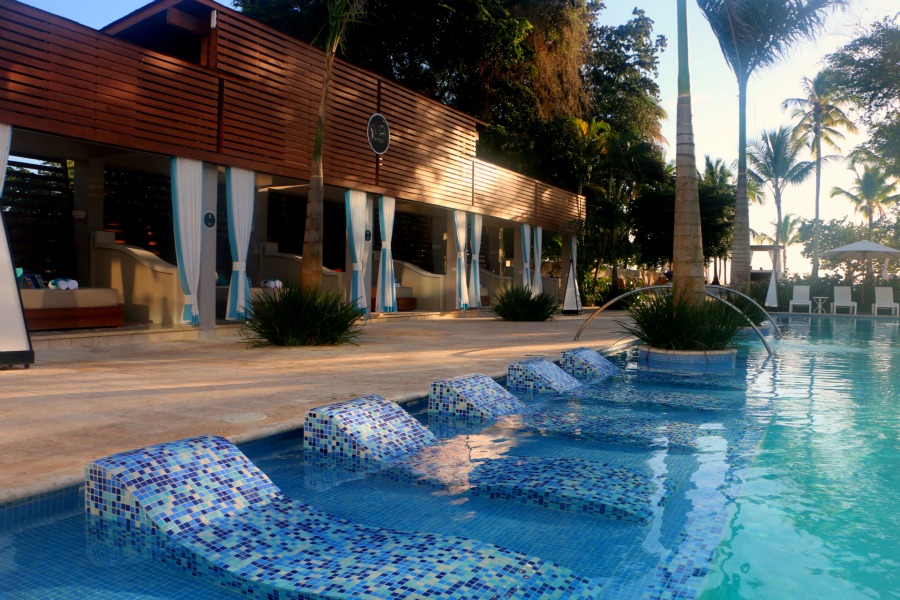 The resort has the option of upgrading to VIP, and the perks are fantastic. Improved rooms, access to VIP-only bars, pools, beach beds, lounges, beaches, and restaurants. Often times, we would leave the room and discover a nice surprise upon returning. My favorites were the bathrobes and sandal slippers. Ahhh, the life man, the life.

And although all the perks were nice, my absolute favorite thing about VIP were the workers. We were floored by their kindness, commitment, and sincere concern with the wellness of our stay. If you decide to stay at Be Live Canoa, give Edward at the VIP lounge bar, Julio Cesar at guest planning, and Irines at the VIP reception a high-five for Josh and me. They were beyond phenomenal! Funny, charismatic, attentive, and appreciative. Truly made our stay memorable.

And if that wasn’t enough, we made some kickass friends (shout out to the crew!) Basically the only other English speakers were a few groups who had booked the same deal and arrived on the same flight. We may have had a little too much fun, which resulted in spontaneous midnight dips in the ocean (sorry security), failed champagne popping, bread eating, and being the super loud Americans we were born to be. 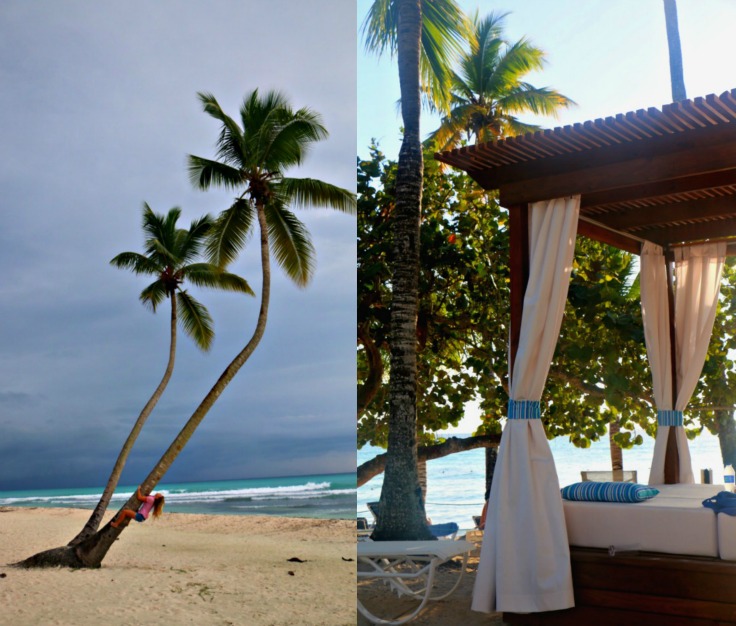 And although Be Live Canoa has multiple bars and restaurants, almost everyone migrates to the plaza bar in the evening. If you want to find friends at the end of a day, this is the main watering hole.

Restaurants include Brazilian, Mexican, Pizza Bar, Gourmet, Japanese, seafood, and the standard buffet. Each restaurant is true in its style. My favorite was the Brazilian, where I could test many different kinds of kabobs and meats brought around by the waiters. The space was decorated in the colors of the Brazil flag, and its open layout means you can hear the ocean waves just a few yards away.

For what is offered, the price to stay here is unbeatable. Even if you upgrade to a suite, with VIP privileges, it’s going to be cheaper than any of the standard rates for the surrounding resorts (trust me, I compared). You stuff your face in food, book a catamaran excursion to Saona, go to bed happy, wake up happy, drink sugary tropical drinks, then drink beer, then fall asleep on the beach, then regret it because you’re burnt, play some games, twerk at the pool, go on a hike, and then eventually go home with a slight stomach ache from all the food you managed to shove into your mouth the past week. If that doesn’t sound like a successful beach vacation, I’m not really sure what does.

**Complimentary upgrades were compensated by the Be Live Canoa Resort. All opinions, comments, and embarrassing stories are my own. Merry Christmas, and happy travels! ** 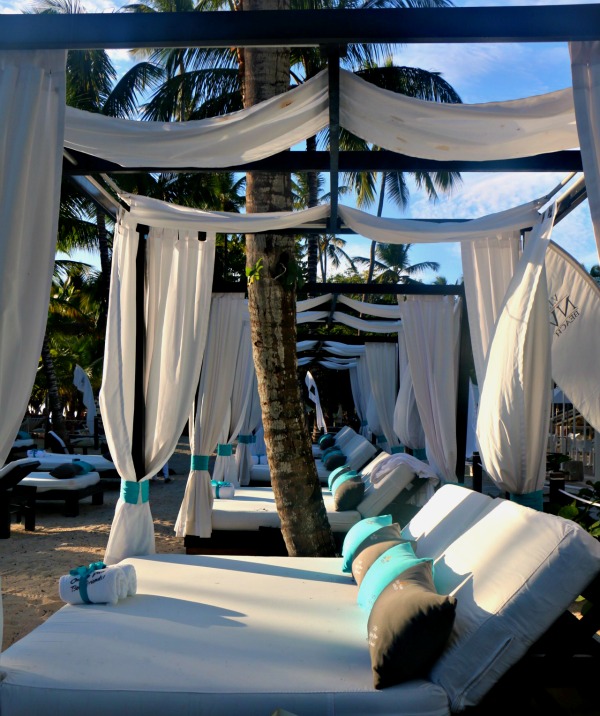